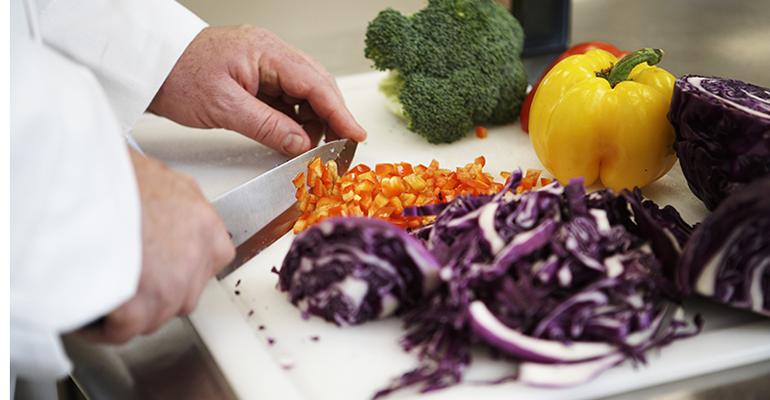 <p>An incident at one unit can taint the reputation of others in the same group or chain. Are you covered for lost business?</p>
Operations>Finance

Chipotle Mexican Grill’s next quarterly report will tell us more about how the company fared during and after its recent foodborne illness incident. But at least an organization its size (1,931 units and counting) can absorb the financial and reputational blow. If your restaurant is part of a chain or group in which unsafe practices by one unit could cause significant collateral damage to all the others, you may wish to investigate options that would insure you against these kind of losses.

The Chipotle incident initially ended on Thursday, Nov. 12, when the company reopened the 43 Pacific Northwest restaurants it had voluntarily closed on Saturday, Oct. 31. Eleven units had direct connections to the incident; the other 32 did not, but were closed out of “an abundance of caution.” A Nov. 20 update from the Centers For Disease Control reported an additional handful of cases in California (2), Minnesota (2), New York (1) and Ohio (1). No stores were closed in these states.

• The first round of lawsuits have already been filed in federal court.

Restaurant operators can protect their businesses against both types of losses. Business interruption insurance will help keep a restaurant afloat financially. However, it only covers what the restaurant would have earned during the time it was closed, not the total revenue it would have generated. The restaurant’s commercial general liability policy would cover damages awarded to customers who became ill from eating unsafe food.

The direct costs attributable to a foodborne illness outbreak are relatively easy to estimate and insure against. The financial blow that can result from reputational damage to a restaurant’s brand is tougher to figure out. If you have a small group of restaurants in a single city and one of them experiences a food safety incident, you can bet many people will stop going to your other units, even if those units were not involved.

It’s even riskier if you’re a franchise holder in a large chain. In Chipotle’s case, all stores are company owned, so the reputational pain was shared. There was plenty to go around. In addition to social media skewering and other negative mentions in traditional media, an activist group took out a full-page ad in the New York Times headlined “You can’t spell ‘Chipotle’ without ‘E. coli,’” You can bet this hurt business in stores thousands of miles distant from the Pacific Northwest, where the food safety incident occurred.

It’s tough to quantify the amount of lost revenue in dollars and cents, but you can make a good guess. Brand perception tracking service YouGov BrandIndex reported a steep decline in how customers perceived Chipotle once the news got out.

“The impact on purchase consideration has been dramatic as well over the past 10 days, Chipotle coming close to hitting the low mark for the year. At Halloween, 24 percent of all adults 18 and over reported that they would consider purchasing from Chipotle the next time they wanted to buy fast casual food. That percentage dropped to 19 percent, where it has held since the middle of last week,” YouGov reported on Nov. 11.

There may be a way operators can insure themselves against this latter kind of loss.

“Both the corporate owners and franchisees are at risk from the weakest partners,” explains Ian Harrison of Kansas City, MO-based insurance broker Lockton. “The owners of the trade names put huge effort into training and auditing their corporate locations and those franchisees using the logo to ensure a consistent product; but mistakes happen, and when they occur, the whole chain is adversely affected.”

He says six London-based insurers of foodservice and restaurant operations have begun to offer wider coverage against “reputational risk.”

“This coverage recognizes that some trade name damage can be caused by factors beyond the control of traditional risk management efforts. Media coverage can quickly spread beyond an incident and damage business in the wider industry—clearly, this is a difficult area to cover, but insurers recognize the significant financial exposure this represents for this industry.”

“One of the key issues all the underwriters face in the wording is whether the trigger is an insured event just at an “insured location” or any location with a “shared trade name” or, most radically, where the mere “adverse publicity” is enough to trigger the coverage. This can have a systemic exposure where numerous franchisees share a trade name.”

The Chipotle foodborne illness outbreak is a reminder to many operators of how widespread and costly the fallout can be. If you haven’t thought about insuring your brand against an incident like this one, now might be a good time to weigh the costs and benefits of doing so.