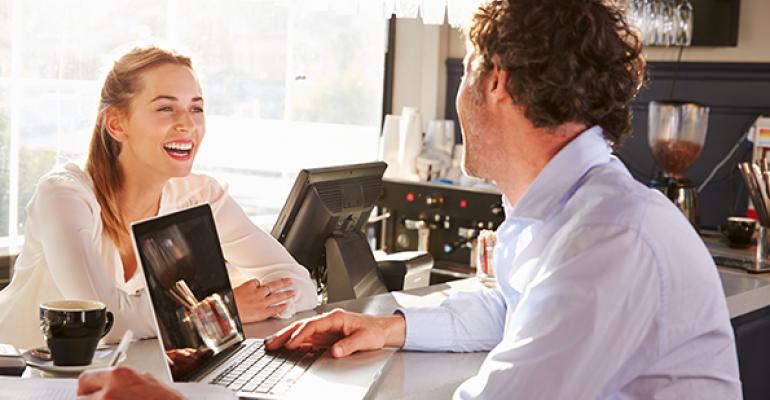 4 tips to engage a Millennial staff

Millennials are making their presence felt throughout society, as any restaurant manager understands only too well. According to Pew Research, Americans aged 18-24 (aka Millennials) surpassed Gen X based on workforce numbers. In a decade this group will hold 75 percent of jobs. So it’s probably in your best interest to understand them, what motivates them and how to engage them.

Mark Heymann, founder and c.e.o. of UniFocus, gets hired to help organizations improve their staff performance. His company conducts about 125,000 employee surveys a year, so over the years he has developed a clear picture of what drives people. Here’s what he says you need to understand about Millennial-aged workers—some obvious, some not so much.

1. They have a very different perspective when it comes to work/life balance. What does that mean? Scheduling flexibility is a necessity. They might want to work extra hours one day so they can take the next day off. Technology that allows workers to swap shifts is tailor-made for a group like this. “The manager may still have to sign off, but they want that flexibility,” Heymann says. He would not be surprised to see labor laws and practices shift away from a typical eight-hour work day as more younger workers are willing to take on four 10-hour shifts to increase their off days.

2. They want to know about the business they work for. That means the carbon footprint, business values, performance and more need to be transparent.

“They are less of a ‘me’ generation, more one that asks ‘how do I help the business and improve overall?’” Heymann says. That perspective might require more sharing of information than in the past. It also might mean a shift in attitude by managers.

“We are looking at a change from what you could call a manager to a coach. If you look at the evolution of the manager’s role, it’s really closer to what a coach would do,” Heymann says. The objective for the coach should be to improve individual performance and ultimately, the team’s results.

Traditionally, for example, a drive to boost average checks might involve asking servers to push dessert or appetizer sales. “If our goal is to raise average checks, historically the managers will track the checks and when they fall below a certain level, introduce a promotion to raise them,” Heymann says. Millennials, on the other hand, say they would prefer to to figure out as a team how to drive the business.

3. They have a strong sense of autonomy and a need to understand why they are doing something. Accordingly, they often prefer to work independently as a group to accomplish goals. They want to contribute to the process, not be a target of the process, Heymann says. This is another is another reason for managers to turn away from a hierarchical structure and embrace the idea of feedback and new ideas. It’s also a good reason for automating schedules and allowing employees to decide on their own (within reason) how to cover shifts.

4. They’ve been raised to believe everybody is a winner. “We have seen this group having been given positive feedback for not-wonderful contributions,” Heymann says, and that presents a challenge when they enter the real world. “We need to do a better job of clarifying goals and having people understand that if you achieve something you’re a winner but if you fall short, you have more work to do.” And this text-happy group doesn’t want to wait a year to find out good or bad news, so more-frequent feedback is a must. “They are used to getting more real-time feedback,” Heymann says. “They send a text message and they get an immediate response.”

With this group, he adds, not only should restaurants promote regular feedback from managers, but also a positive feedback culture to encourage individuals who work together to give feedback to other team members. At Red Robin, for instance, every meeting opens with a discussion of successes at the restaurants and a shout out for exceptional efforts.