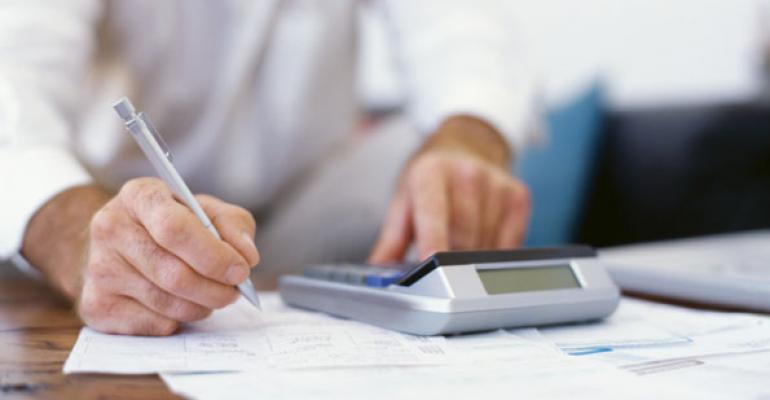 Campaigns to raise the minimum wage may or may not result in more restaurant industry jobs some day. But they’re doing wonders for government employment already. Gov. Andrew Cuomo has impaneled a “Wage Board” to speed New York State’s push toward a $15-per-hour rate for fast food workers and Seattle has created an Office of Labor Standards to enforce its new minimum wage ordinance. Let’s hope these bureaucratic entities understand that restaurants aren’t just hit with higher labor costs when these wages hikes go into effect. There’s plenty of collateral damage, too.

The proposed hike in New York State would affect fast food restaurants, not full-service operators. Gov. Cuomo’s move will allow him to bypass the state legislature to get a higher minimum wage rate into effect, pronto. The exact amount is still to be determined, but the sentiment Cuomo expressed in a May 6 New York Times op-ed piece indicates he’d like the Wage Board to go big.

“The average fast-food c.e.o. made $23.8 million in 2013, more than quadruple the average from 2000 (adjusting for inflation),” Cuomo writes. “Meanwhile, entry-level foodservice workers in New York State earn, on average, $16,920 per year, which at a 40-hour week amounts to $8.50 an hour. Nationally, wages for fast-food workers have increased 0.3 percent since 2000 (again, adjusting for inflation).”

The Wage Board has three months to address this disparity. Its recommendations “do not require legislative approval,” Cuomo points out. The National Restaurant Association says it’s working to limit the damage.

Seattle’s citywide minimum wage law went into effect on April 1 and sets the rate for all businesses there, not just foodservice. It’s been a problematic transition for some larger restaurant operators, and the law’s fine print may wind up having a drastic effect on many smaller ones.

His remarks indicate just how complex the Seattle law actually is and the unintended consequences it can produce.

“With the new regulations, companies with over 501 employees have to increase to $15 minimum wage over the next three years unless you offer a ‘silver-level’ health plan or above in which case you can spread it out over four years,” Douglas wrote. “Companies under 500 employees have up to seven years to pay the $15 minimum using a mix of wages, tips, and healthcare benefits. This is a multi-million dollar discrepancy between large and small employers and completely tilts the playing field in a very competitive industry.

“I know all of you eat at a variety of Seattle’s restaurants not just ours. With their plan, the Mayor and City Council have decided that restaurants of our size should pay approximately 10 percent more per hour for servers, bartenders, host and bussers than any of my contemporaries. Just on raw talent it’s hard enough to compete with amazing Seattle restaurateurs like Ethan Stowell, Matt Dillon, Renee Erickson and Thierry Rautureau. Now I get to pay millions more in labor cost on top of it.”

Douglas, a strong supporter of higher wages for restaurant workers in both word and deed for years, wound up raising overall menu prices four percent instead.

Another iconic Seattle restaurant, Ivar’s Salmon House, increased menu prices, too. It’s one of three full-service concepts on Ivar’s roster of 27 operations, most of them fast-casual Ivar’s Seafood Bars. Here’s the message that appears on the Salmon House menu now: “Tipping is no longer necessary. The City of Seattle’s new minimum wage law went into effect on April 1, and we have changed the way we pay our employees. Please ask one of our managers if you have questions about this change.”

The price raise was a lot for customers to swallow—21 percent across the board. Ivar’s put up a lengthy FAQ section on its website to explain the new philosophy to customers.

What about the little guy?

“On April 1, we raised all Ivar’s Salmon House employees to $15 an hour and removed tipping, which means we raised our average customer bill by about 21 percent. We’ll share that increase with all hourly employees. So, hosts and hostesses, bussers, cooks, dishwashers, servers and bartenders all share in the success of the restaurant every day. We are telling our customers they no longer need to tip their servers or bartenders as service is now included in the pricing of our menus.

“In the end, the ultimate average cost increase to our guests will be four percent higher,” Ivar’s notes, figuring that customers were tipping 17 percent in the first place.

Workers at Ivar’s Seafood Bars will see higher wages, too, but on a different schedule. They won’t reach $15 an hour until Jan. 1, 2017.

Large-scale multiunit operators like Ivar’s and Douglas are challenged by the new law. How are the little guys making out?

One early casualty is zpizza franchise owner Ritu Shah Burnhamm, who has already decided to call it quits. Because of how the new Seattle law is written, her franchised operation is categorized as having 500-plus employees, even though the store she owns has only 12. She told NPR that wrinkle puts her on the same fast track to paying a $15-per-hour minimum wage that Douglas is on.

“If you have to pay $15 an hour in 20 months, and that is the largest part of your expenses, it's a little difficult to do a business plan that makes that work,” Burnhamm says. “I tried. Before I made my decision I tried, and I didn't see it happening."

Because Seattle categorizes franchise employees who work outside the city as part of a local unit’s employee base for minimum wage purposes, it could be challenging to sell a local franchise in the short-term. The labor component of the restaurant’s operating expense may be locked in at a higher percentage than a potential franchisee can swallow. Interested buyers might prefer the numbers available in a different locale.

Another side effect might be the restaurant operator’s quality of life. Operators typically work massive hours during the first year or two their business is open. But then the restaurant becomes profitable enough to hire additional management so the operator can spend fewer hours and have a more normal lifestyle. The option to go back to a 70- or 80-hour work week is one workaround for the $15-per-hour minimum wage problem. But it’s one few operators would choose to employ.