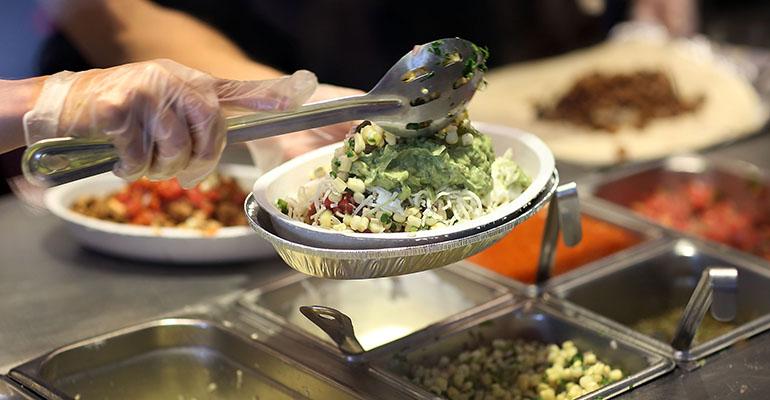 Elevation Burger’s recent announcement that it will migrate to hormone- and antibiotic-free chicken is the latest indication of how the demand for organic products is changing the face of marketing today.

As a fast-casual chain with just 33 domestic locations and already the biggest fast-food seller of organic beef, Elevation Burger is among a growing list of restaurants forcing McDonald’s and other quick-service chains to change the way they operate. In fact, McDonald’s in early March announced that it will stop using chicken treated with antibiotics, responding to growing pressure from consumers who want healthier food options and have voted with their wallets by making brands like Panera and Whole Foods among the most successful in America.

While other chains like Chick-fil-A have promised to drop antibiotics from their chicken within five years, and giant producers like Tyson and Perdue have ramped up production of antibiotic-free chicken to meet growing demand, Elevation Burger is moving quickly to capture a greater share of wallet in this growing shift to organic by not only selling chicken free of antibiotics, but also without pesticides or hormones.

Considering that a recent Gallup Poll suggests 45 percent of Americans actively try to include organic foods in their diets, it’s clear to see that the organic movement is here to stay and in fact, is starting to impact non-food categories seeking to make their brands more authentic.

Every marketer should look at the organic movement in quick-service restaurants and grocery shelves as a wake-up call for their own marketing. Marketers who view “organic” as something authentic, eliminating artificiality or hype from their advertising, and being truthful and honest with their customers, have the best chances for success.

For example, the lodging industry is making their modern hotels homier, roomier and more like vocational rentals as a reaction to the people choosing private homes (via Airbnb) over hotels. Dry cleaning chains like OXXO have eliminated harsh chemicals. North Face’s latest marketing campaign is inviting customers to the mountains for a workout without ever leaving the store. Neutrogena claims that washing with soap and water wastes five gallons of water a day and urges people to ditch their usual skin care routines and use Neutrogena's Naturals waterless wipes. And Aerie, American Eagle Outfitters’ retail brand devoted to intimates and swimwear, has pledged not to retouch images of its models and is encourages young women to upload unretouched videos and images with their comments.

Even Matthew McConaughey’s campaign for Lincoln takes an organic approach. In an industry known for pumping and plumping its brands with growth hormones, antibiotics and pesticides, the current Lincoln-Mercury campaign with Matthew McConaughey is a good example of this new push for organic. The Lincoln brand has not only reaped the kind of cultural awareness that marketers die for — blazing across the Internet and earning spoofs from Jim Carrey and Ellen DeGeneres — it has helped Lincoln boost sales by double digits from 2014 to 2016 and has driven measurable traffic to dealers and tripled its website traffic.

From the outset, Lincoln knew that if they treated its new campaign for the MKC model like a conventional car commercial, it would be lost in a sea of sameness. Oddly enough, when Lincoln's marketing team first started talking about how to market the new MKC model, a celebrity spokesperson wasn’t even part of the discussion. The car brand wasn’t looking for a celebrity face but a true collaborator. Lincoln’s marketing team didn’t want McConaughey to be some famous name catapulting in to create some immediate short-term buzz. They wanted their campaign to be more authentic…more organic. They knew that if they treated this like a conventional spokesperson role, it would scream of borrowed interest and wouldn’t be very authentic to the actor, either.

It was a tough but conscious decision to remove the figurative hormones, antibiotics and pesticides that are part of a loud, stereotypical car ad.

Lincoln’s team decided early on that they wanted to stand out and draw attention to the brand by doing things differently, and that meant having a quieter, more authentic approach with McConaughey that could draw interest to the brand and recast it. And if you’ve seen the TV spot, you’ll agree that the tone, the direction, the copy and the overall look and feel of the commercial are calming and natural.

Like Chipotle’s decision to source natural beef and chicken before other fast-casual restaurants, Lincoln’s decision to go “organic” with McConaughey was a calculated risk with the power to significantly amplify its marketing and advertising effectiveness.

Stuart Dornfield is an award-winning freelance creative director/copywriter with 40 years of experience in marketing, strategy, advertising and production.

How to maintain boundaries with workplace friendships
Mar 06, 2018