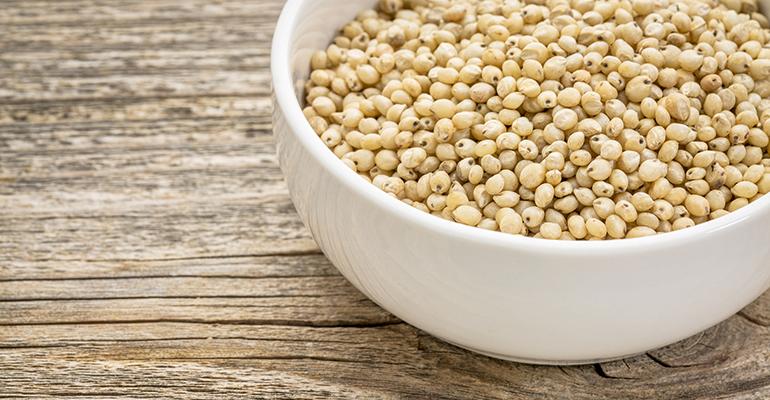 The ongoing revival of forgotten foodstuffs has collided with the long-running resurgence of Southern cuisine to produce a veritable flood of sorghum syrup. The past few years have seen the sweet stuff popping up all over the place, supported by the inevitable emergence of small-batch producers of sorghum products.

Sorghum is a widely grown cereal grain used primarily for animal fodder today; however, in days past it was the primary sweetening agent on the Southern table. Its contemporary comeback is most evident in the South and on Southern-style menus elsewhere.

Of course, it’s being used in desserts, too, and has popped up in Annie’s Sorghum Cake at Holeman & Finch Public House in Atlanta and sorghum crème brûlée at trendy Stars Rooftop & Grill Room in Charleston, S.C. And it adds cachet to non-Southern menus, like at Lisa Dupar Catering in Seattle, which has featured sorghum molasses vinaigrette atop a sherry pear and arugula salad.

It’s also delicious in drinks and has graced both Seersucker’s Sorghum Old Fashioned and the Cumberland Sour at Rolf and Daughters in Nashville, as well as Sudan Grass Ale, a version of an authentic African brew, at Dock Street Brewery in Philadelphia.

It’s unlikely that sorghum syrup will seriously threaten the market share of better-established sweetening options, but it does have nutritional advantages that may give it traction in some quarters. While it has natural sugar and calories, it’s also gluten-free and contains vitamins and minerals, which for many consumers is the sweetest promise in the world.