Rabbit turns up on spring menus 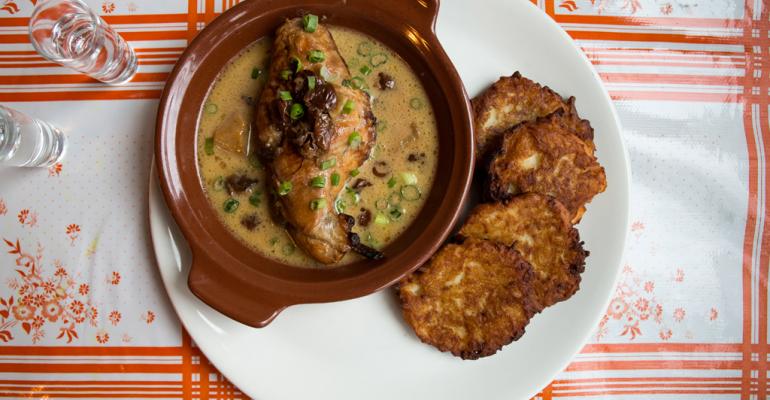 Just as the Easter Bunny starts thinking about an appearance, rabbit dishes appear on restaurant menus.

Widely used in Europe, rabbit is still considered a bit exotic in the U.S., though it has grown in popularity steadily over the past three decades that D’Artagnan has been in business, Daguin says.

“In the urban fancy restaurants, and not-so-fancy bistros, it’s a meat that’s growing fast and getting very popular,” she adds. “It’s easy for chefs because it’s original but also mild tasting, so you can do a lot of different things with it, and it’s pretty easy to cook. The loin cooks fast, the legs you can do as a stew.”

The most classic presentation is the French lapin a la moutarde, she says. “But it can also be very sophisticated.”

Daguin notes that New York chef Daniel Boulud once took a bone-in loin of rabbit and Frenched it, as one might do to a rack of lamb, for example.

Here’s a roundup of rabbit dishes on restaurant menus across the country.