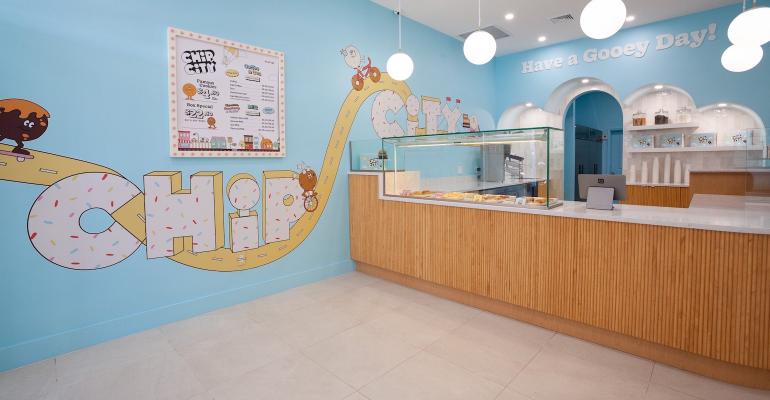 Chip City Cookies
Enlightened Hospitality has made a $10 million investment in New York City-based Chip City Cookies, which includes this unit in the Bayside neighborhood in the borough of Queens.
Food & Drink>Food Trends

Chip City co-founders Peter Phillips and Teddy Gailas said they partnered with investment group to speed growth plans for the 14-unit gourmet cookie concept beyond New York City. The brand has expansion plans in Connecticut, Florida, Massachusetts and Virginia as well as the District of Columbia. 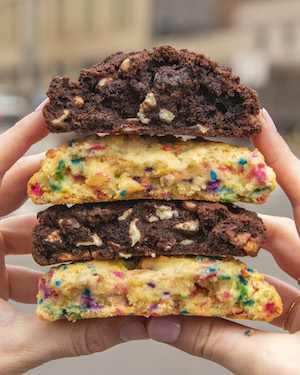 “Our locations typically range from 500 to 1,200 square feet,” said Phillips, CEO of Chip City Cookies, in an email. “We have 10 units under construction across New York and New Jersey, with one underway in Miami Beach. We have leases signed in Boston, D.C., Bethesda, Va., and Connecticut for locations planned to open between now and Q3 of 2023.”

The company plans to have 40 units open by the end of 2023, Phillips added.

EHI is an equity fund affiliated with USHG, which was founded by Meyer in 1985. In 2004, Meyer created Shake Shack, which, as of 2015, operates as an independently traded public company.

EHI in January closed a second round of funding by existing investors Ten Coves Capital, Relay Ventures and Conexus Venture Capital above its target of $300 million

“At EHI, we are always looking for businesses that have created craveable products and have earned a tribe-like following,” said Meyer, a managing partner of EHI. “Chip City checks both of those boxes in a significant way.”

“Beyond the cookies, which speak for themselves, we are excited to support the growth aspirations of the passionate team behind Chip City, who exemplify our values of hospitality and community,” Meyer said.

The companies said the investment will provide expansion capital as well as expertise in fast-casual retail operations.

Phillips and Gailas started Chip City Cookies in Astoria in 2017 as they challenged each other on who could make the best cookie. That led to a storefront and the eventual 13 additional outlets. The company also has a shipping agreement with Uber Eats.