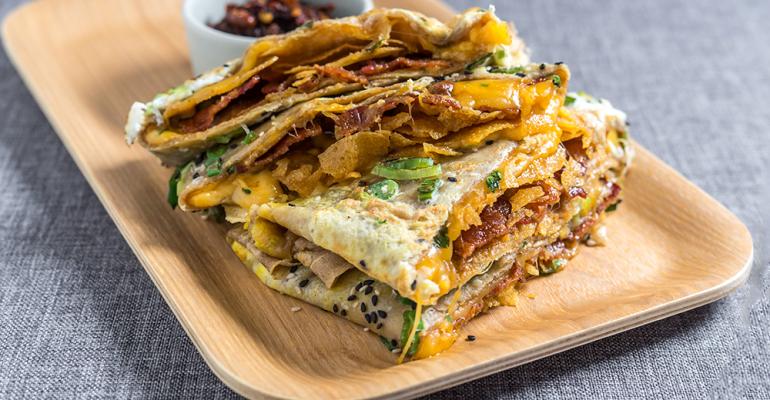 Global foods and flavors have become almost commonplace on lunch and dinner menus, but they’ve taken a tad longer to take hold on breakfast menus.

As more operators expand into the morning daypart and consumer cravings for ethnic fare in the a.m. grow, dishes such as shakshuka and breakfast fried rice are appearing on more morning menus, making the most important meal of the day more multi-cultural.

“Consumers are finding themselves more interested in ethnic flavors, as they've been more exposed to them than ever before via social media,” said Dale Beauchamp, executive chef of Half & Half, a breakfast, brunch and lunch spot with locations in Clayton and Webster Groves, Mo.

In addition to breakfast classics such as omelets and French toast, the morning menu at Half & Half also includes Breakfast Fried Rice, made with scrambled eggs, breakfast sausage, jalapeno and onions.

Beauchamp loves all different types of cuisine, and many ethnic dishes make an appearance as weekend brunch specials, including kalbi-style beef, bulgogi beef bowls and shakshuka. 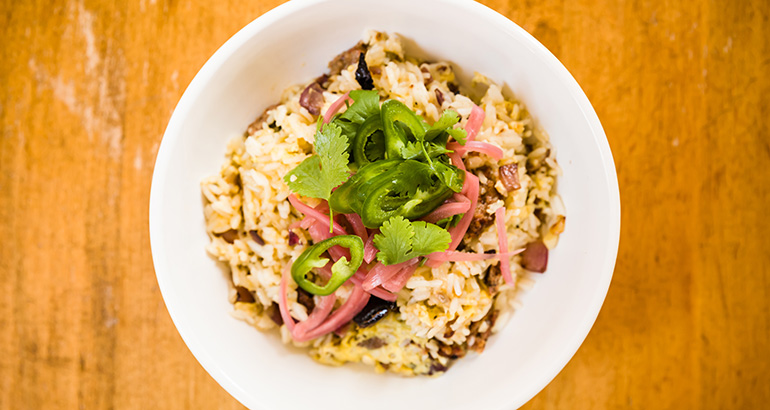 Going beyond omelets and French toast with Breakfast Fried Rice at Half & Half.

“Despite the popularity of items like these, they are still not available everywhere, especially for breakfast, so this makes them a new and enticing menu item,” he said.

Chinese and American breakfast favorites meld together in the Maple Bacon, Egg and Cheese Bing on the menu at Mr. Bing’s in New York City. The dish is a twist on jianbing, a Northern Chinese savory flour and egg crepe filled with crunchy wontons, sweet sauce, chili paste and cilantro that is often eaten for breakfast. A classic vegetarian jianbing is also available.

At Supra, a newish Georgian (as in the country) restaurant in Washington, D.C., the recently launched a brunch menu that includes Ajaruli Ketse Bostneuli, a mash-up of two dishes from that cuisine: khachapuri, a cheese-filled bread; and chirbuli, a breakfast dish that features tomatoes, peppers, onions and fresh herbs baked with eggs.

“DC diners love to try anything that is new and different, and brunch is no exception,” said Jonathan Nelms, owner of Supra. “[Ajaruli Ketse Bostneuli] is one of our bestselling brunch items. It’s delicious, filling and beautiful to look at, with the fresh herbs and bright yellow eggs on top of the red sauce and warm khachapuri bread.” 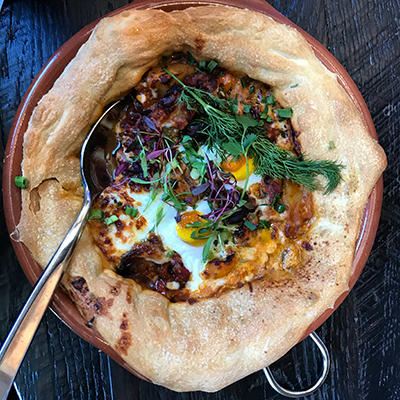 Filipino-American concept Guerrilla Street Food recently introduced breakfast at its flagship location in St. Louis, including items that reflect the flavors and ingredients commonly used in breakfast fare throughout the Philippines. Among the notable offerings are Spamsilog, made with seared Spam, garlic fried rice, one-hour egg and atchara, a pickle made from unripe papaya, as well as a version called Tapsilog, which is made with beef tapa, or dried or cured beef, instead of Spam.

“People are looking to explore new ideas, new ingredients and new preparations,” said Brian Hardesty, co-owner and chef of Guerrilla Street Food. “When a restaurant offers something out of the ordinary people, jump at the chance to try it.”

These dishes have been selling so well that Hardesty is also working to develop other Filipino-influenced breakfast fare, such as eggplant omelets, salted duck eggs and tomatoes, and rice porridge. 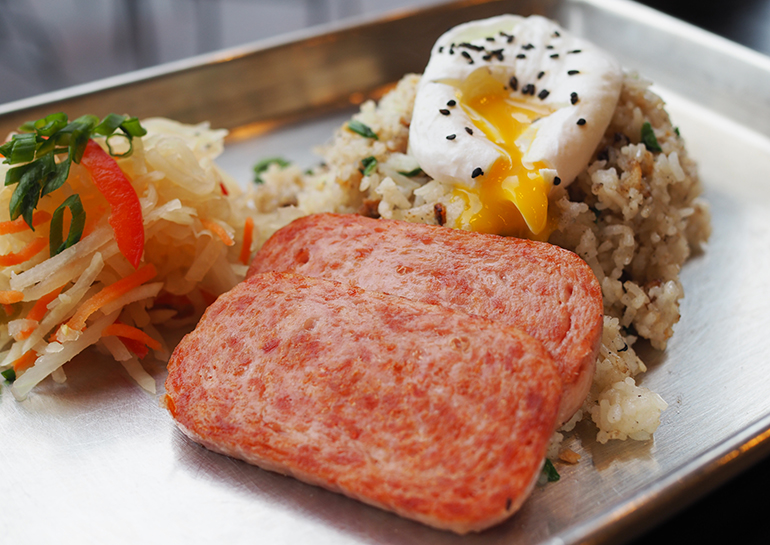 Don’t knock it till you try it: Spamsilog at Guerrilla Street Food.

Because Italian meals almost always include pasta, the new brunch menu at Sardella in Clayton, Mo., includes Eggs Benedict Raviolo. The large raviolo is stuffed with mortadella, bread ricotta and egg yolk, topped off with brown butter hollandaise and served with potatoes. 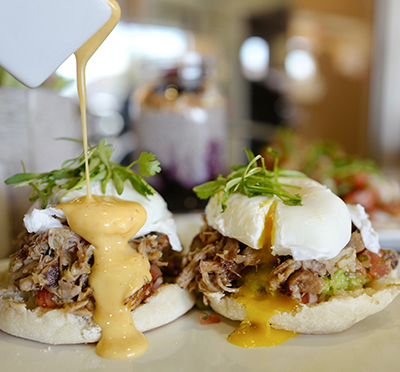