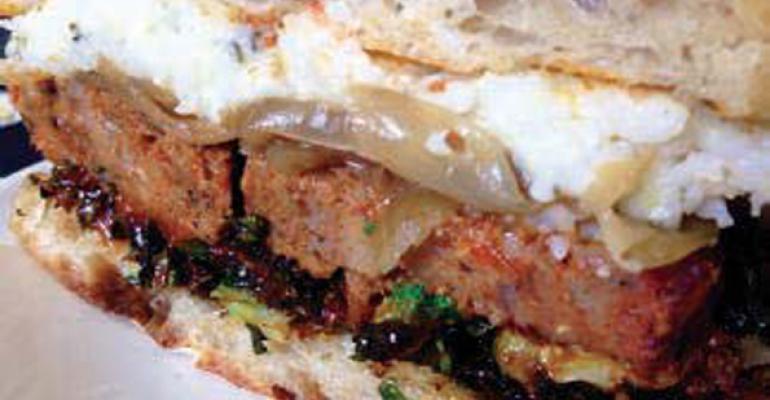 Who makes the best sandwich? Restaurant Hospitality&rsquo;s editorial staff narrowed down the large field in our first Best Sandwiches in America contest to 18 finalists. See all winners &gt;&gt; 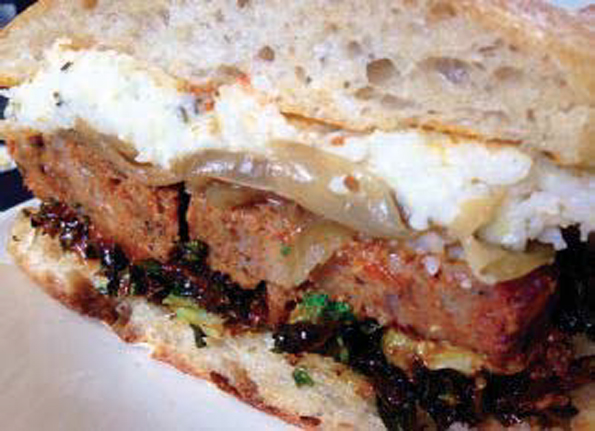 Inspiration: “My wife and I bought this restaurant three years ago. Older customers were pissed when I took the old meatloaf off the menu. So I put one back on, but with a twist. People absolutely love it.”

Why it’s special: The chorizo is an unexpected twist.

What others are saying: “Customers threaten us to never take it off the menu.”

What the judges said: It takes a death wish or insanity to take over an existing restaurant and then put a bullet in a menu item that is beloved by long-time customers. And the Marshalls were nearly run out of town until they came up with a new meatloaf recipe that tamed the angry mob. Perhaps insanity is the culprit here because who would think of replacing standard meatloaf with a version that consists of chorizo, Brussels sprouts and grits? As our pal Hunter S. Thompson once said, “If you’re going to be crazy, you have to get paid for it or else you’re going to be locked up.” The price of insanity? $13 a sandwich.