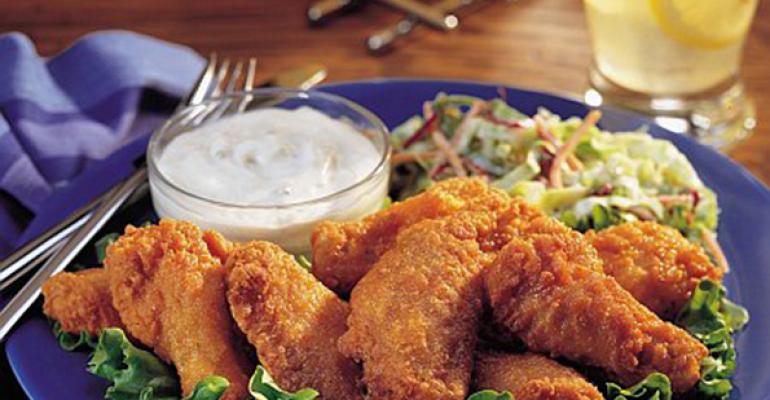 Whether you feature the traditional-style Buffalo wings introduced in 1964 at the Anchor Bar in Buffalo, NY, or a globally inspired wing recipe, chances are good your customers will jump into the celebration on National Chicken Wing day on July 29.  According to estimates from the National Chicken Council (NCC), Americans ate more than 14 billion chicken wings (or 28 billion wing portions, as most wings are cut into two segments) throughout 2014. The NCC estimates that 75 percent of the 1.25 billion chicken wings consumed during this year’s Super Bowl came from foodservice outlets.

National Chicken Wing Day celebrations offer one more occasion to enjoy this appetizer classic.  At The New Miami Subs Grill and the 200-plus Miami Grill restaurants, for example, guests will be indulging in 75¢ chicken wings. The signature wings are offered in four varieties—boneless, krispy (deep-fried with a crunchy coating), grilled (with sauce of choice) or naked (no breading).

Marcus Samuelsson's latest venture, Streetbird Rotisserie in NYC, celebrates all things chicken—including, of course, the chef's own spin on wings. His Old Broadway Wings come with all the fixings—radish, daikon, celery and blue cheese yogurt.

For a change of pace, try these two chicken wing recipes inspired by Asian flavors.