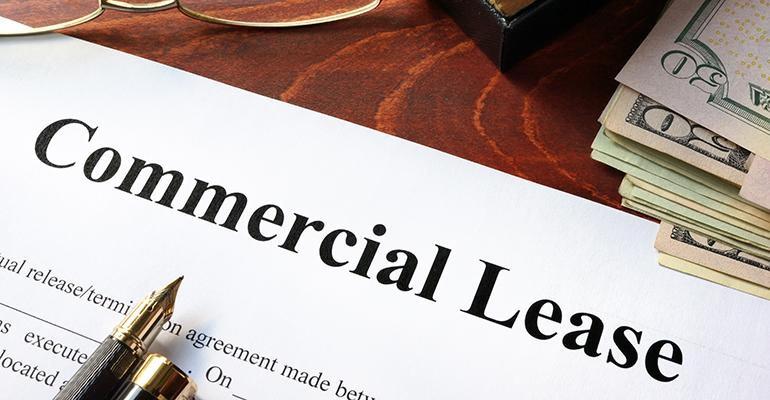 designer491 / iStock / Getty Images Plus
As rent delinquencies hit over 50% of independent restaurant operators in December, some in the industry are calling for the model to change.
Operations>Finance

Why the restaurant rent model needs to change

It’s a tale as old as time in the restaurant space: Margins are tight because the three-legged stool (food costs, labor and rent) is expensive. Now, all three legs just happen to be near historically high levels.

What are operators to do? They can’t open without labor. They can’t function without food. So, rent tends to get kicked down the road and that has perhaps never been clearer than in the past three years amid unprecedented uncertainties. Alignable has been keeping track of rent delinquencies since the onset of the pandemic and December’s numbers were particularly staggering for independent restaurant operators, with 52% claiming they couldn’t pay their rent that month. This marked a 17% increase in delinquencies year-over-year.

“We have high commercial rents, were hit so hard by the pandemic, had strict Covid-19 mandates, and way too many eligible restaurants were rejected for Restaurant Revitalization Fund grants when the money was quickly exhausted,” he said, adding that the federal government’s decision to not replenish the RRF compounded the issue. “Not to mention, many restaurants have not even gotten back to 2019 sales, so how are they even supposed to pay off rent arrears when they’re having trouble affording it month to month?”

In Texas, Austin has experienced the highest rent increases – up 8.41% year-over-year – piling onto already bloated costs that have driven concepts like Simi Estiatoria and Fat City Stacks to close. The Texas Restaurant Association is working to get property tax relief for small businesses using some of the state’s $33 billion budget surplus, according to CEO and president Emily Williams Knight.

“We’re hearing restaurants reporting they’re doing really well with sales. The problem is where is the profit? Rent costs have skyrocketed in the pandemic and indies in cities in particular are getting priced out,” Knight said.

She said rent affordability has always been a challenge, but the Texas Restaurant Association has received “significantly” more inquiries about how to avoid delinquencies since the pandemic began. The TRA contributed to an effort to extend PPP loans to cover rent and, about 18 months ago, it also created the Texas Law Center, providing its members up to three 15-minute free legal calls a year. Most of these conversations have been dedicated to better understanding lease terms.

That said, more solutions are needed, as this issue has reached every corner of the country – from Hollywood to Boise, Idaho to Virginia. The Gathering Place in Fort Myers, Florida, recently posted that it will likely close due to “conditions out of (the owners’) control.” Those owners told WINK News that they have experienced a nearly 400% rent increase.

According to Brad Barnes, president at Pure Food Consulting, there are two main reasons operators struggle with rent. The first is that owners don’t understand the lease negotiation process to reach a deal that fits their potential revenue levels, and the second is that most restaurants don’t generate enough margin to consistently pay the rent structures that landlords use.

“Landlords have to look at the value of the food business differently than they look at their retail tenants. The business paradigms are greatly different. In retail, the costs are lower, margins are bigger, and the inventory isn’t perishable. The liabilities that a restaurant operator have are much greater and the cash flow works much differently, therefore they require a different way to secure and pay for their space in order to remain stable,” Barnes said.

Yes, that means nudging landlords to take a different approach for restaurants while looking at the business as something that maintains their property’s viability.

“If landlords are charging $39 per square foot and that comes in at more than 4% a month for restaurants, they’re usually out of luck. Retail can usually handle up to 15% - they only have two or three people working, the shoes sit on a shelf. It behooves landlords to look at cash cycles and understand what tenants can afford and value the occupancy of a great restaurant differently as associated to the value of their real estate investment. At the end of the day, if they start rolling through tenants, their place is not as valuable,” Barnes added.

Transparency and communication are essential

Of course, landlords aren’t restaurant experts and so understanding the ebbs and flows and margins of the business requires upfront and transparent conversations, according to Knight.

“Also, never say you won’t be paying rent because that could trigger a default. Share the hardships you’re facing. Ask for assistance and solutions. Look for ways to work on abatement, deferrals, and reductions with your landlord. Tell them, ‘This is what I’m doing to make up for this month,’” she said.

“Nothing is more important than sitting with a prospective landlord and saying, ‘here’s how I’m going to make my money and pay my bills.’ The fluctuation for restaurants is real. If a lease doesn’t fit, go somewhere else,” he said. “It’s up to us to make sure we have the reserves to pay the bills in downtimes, but it also helps to start with a lease that makes sense with the revenue flow.”

Further, most restaurants need a ramp-up period to hit profitability, Barnes adds. “So, you have to ramp into the lease or you’re going to get behind from the minute the starting gun goes off.”

It’s also critical to get confirmation from your landlord that they will not issue a default notice during discussions and negotiations, and to keep written records of all communications and agreements in the lease amendment.

“Sometimes in good faith the landlord will give you a break for three months. Make sure that is documented and attached to the lease,” Wright said.

The alternative to such transparency and communication tends to be closure, though that is typically not in either party’s best interest.

“When a good, nicely operated restaurant is in a base building, that base building experiences a higher retention rate of lessees. It increases foot traffic, likeability of the space, and there is a 5%-to-10 % likelihood that a building can be more profitable depending on who is in a base building and adjacent,” Barnes said. “Essentially, landlords need that space to be active and fruitful for foot traffic because then people will want to live there and that increases the value of their property.”

This is especially true now as urban recovery continues from the pandemic and plenty of commercial spaces continue to sit empty. According to the Wharton School of the University of Pennsylvania, office vacancy rates were nearly 20% in the third quarter of 2021. That number might not budge much, as McKinsey data shows that 35% of Americans work from home five days a week. Wright said she can think of three cities in Texas that still have at least 25% of unoccupied office space from the shift to hybrid or remote work and those properties are starting to convert to luxury living condos to maintain activity in the market.

“The urban landscape is changing and that is a fantastic opportunity for restaurants. In Texas, we have 1,000 people moving here every day and they need food and shelter,” she said. “For us, it’s clear we have to give independents tools to take advantage of that changing landscape.”

To start, that means legal and educational resources to better understand the lease negotiation process.

“There are huge opportunities to look at how the food business runs and works in different environments, and we should all be more astute about that. Covid should have taught us that we just can’t do what we’ve always done,” Barnes said. “We have to take all the lessons from the pandemic and reshape the model. I hope we’re learning.”