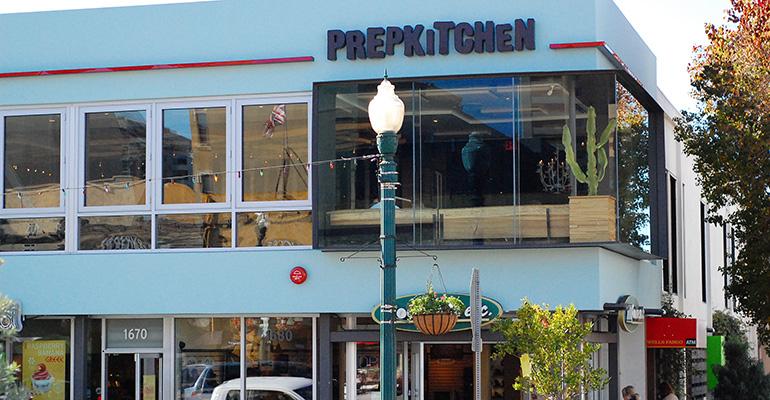 The San Diego-based multiconcept group Whisknladle Hospitality has sold its three PrepKitchen restaurants to focus on new concepts to debut this year, including a 10,000-square-foot food hall and a brewpub.

The Krauses will operate PrepKitchen under a new Las Vegas-based company dubbed IAM Hospitality Group, which will serve as the hospitality arm of parent company A5 Group, owned by the couple.

Meanwhile, Whisknladle Hospitality plans to focus on existing concepts Catania, Milagro Winery and the restaurant Whisknladle, as well as two new concepts coming this year. The sale also allowed the multiconcept operator to grow within the confines of a liquor permit that capped the number of retail outlets allowed. Kassel described the concept as like Eataly, with one chef and production team, as well as a bar with a full liquor license along with a craft coffee bar. It will be located in an office park that has a high concentration of technology companies, sometimes dubbed “Silicon Valley South.”

All of the outlets will use self-serve kiosks to enhance efficiency and allow staff to focus on hospitality, Kassel said.

In the fall, Whisknladle Hospitality will follow that up with the concept Gravity Heights, a 13,000-square-foot brewpub with an outdoor beer garden — the group’s biggest concept yet. Gravity Heights is being created in collaboration with brewers Skip Virgilio and Ryan Trim. Virgilio co-founded the San Diego-based brewery Alesmith before selling it in 2005.

The plan is to produce a rotating selection of craft beers that will enhance the menu, and vice versa, said Kassel.

“For us to go into this thinking San Diego needs more craft beer would be a mistake. There’s no shortage of craft breweries, and good ones at that,” said Kassel. “Where we stand out is providing a more complete experience, where food, service and hospitality is as important as the beer itself.”

Kassel said the Krauses have taken over operations of PrepKitchen. Deborah Krause has spent 15 years in the hospitality world, serving in executive positions with Starwood Corp., The Kimpton Group and Starbucks Coffee. She also served as chief operating officer for restaurant and nightclub operator Pure Management Group, and the Krauses also own the rights to Pinkberry franchise operations in Las Vegas.

Deborah Krause said they are longtime fans of PrepKitchen as customers. The restaurants will remain open as they receive a refresh over the next few months.

“The word ‘beloved’ has been used about the concept and that’s very true. We wanted to remain loyal to customers,” she said.

The next step, however, will be finding the right chef to lead the brand into the future.

“We want to go in and relate to staff members, look at the talent we have and look at the direction we’re heading to bring the right culinary support team in,” she said.