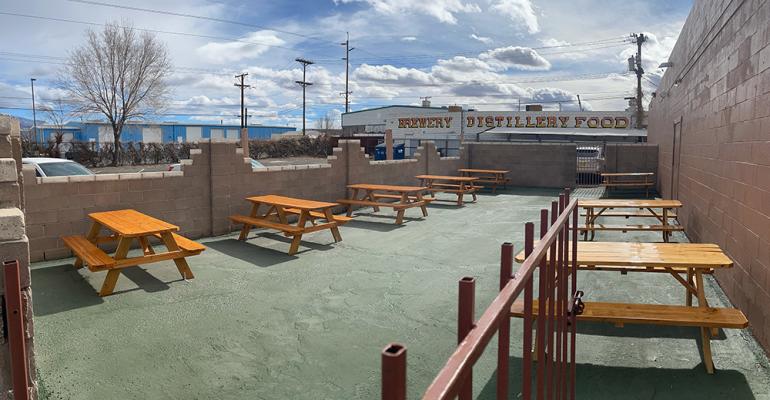 Online lenders, other sources offer short-term capital to weather tough times, or grow a business. What are the risks and benefits?

The pandemic appears to have accelerated the trend among independent restaurant operators to look to alternative financing vehicles, whether they are seeking to expand their operations, or simply to fund day-to-day operations and supplement their Paycheck Protection Program loans.

These nontraditional financing sources have become available in a wide range of forms, from online lenders such as Kabbage, and those based on the sale of food-and-beverage credits, like InKind, as well as ad-hoc charity fundraisers, like GoFundMe or the Barstool Fund.

Operators report that traditional bank loans have been nearly impossible to obtain in the high-risk restaurant industry, and many of these alternatives can provide quick cash to get through difficult times.

Shawn Bucher, for example, was able to launch his new restaurant, ABQ Burrito, in November, with help from a GoFundMe campaign launched by a friend, along with loans and investments from other sources.

Bucher, a longtime industry veteran, had planned to open a restaurant of his own at some point, but when the pandemic hit, he shifted those plans to the front burner when the big foodservice consulting project he was working on fell through.

A friend set up the GoFundMe account, which attracted donations from friends and acquaintances and has netted more than $11,000 so far for his Albuquerque, N.M., restaurant.

“It was very humbling to see all the support that we were getting,” said Bucher. “I think a lot of people want to help, but they don't always know how. GoFundMe was a really good way for people to do that.” 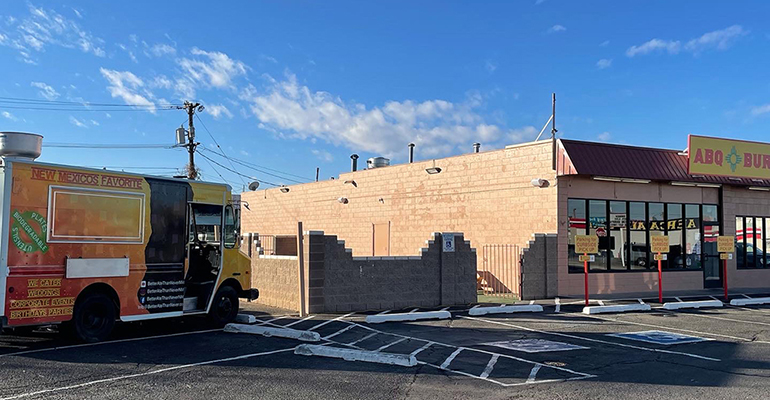 GoFundMe charges a 2.9% transaction fee, plus 30 cents per donation, and regularly forwards the donations directly to the recipient’s bank account.

In addition to the GoFundMe capital, Bucher had some savings of his own, and also took on a couple of equity investors. He was also able to obtain a $65,000 loan from a company called Banker’s Healthcare Group, which focuses on providing loans for medical professionals but also provides loans to other independent businesses. Bucher said his monthly payment on the loan is a manageable $1,450 a month.

Bucher has also applied to the Barstool Fund, an online fundraising vehicle that has raised more than $35 million for 261 independent businesses, including several independent restaurants, according to its website.

The fund was created late last year by David Portnoy, an internet celebrity through his Barstool Sports blog, which enabled him to enlist donations from sports figures and other media personalities. The fund seeks to contribute to small businesses on an ongoing basis to help them with their bills.

Meanwhile Bucher said his business has been doing well, with guest counts rising week after week since its Nov. 16 launch. The restaurant was profitable by the end of January, he said, despite strict limitations on dining capacity in New Mexico.

“We're still really focusing on the third-party delivery, and online ordering to go, but we've been able to build a business around it, and it's been working out,” said Bucher.

Meanwhile other financing vehicles have also emerged as alternatives for operators seeking capital.

Sam Shoja, who owns Sheesh Grill, Jinya Ramen Bar and other concepts in the Washington, D.C., area, has expanded his operations using a hybrid marketing and financing service called InKind, which essentially buys digital gift certificates from restaurants and then sells them to potential customers. The funding has enabled Shoja to expand his Sheesh Grill concept and to open a Mexican restaurant called Paraiso.

“We couldn't have done it without inKind's help,” said Shoja. “We wanted to expand … but the banks are not always very helpful with small businesses, especially restaurants.” 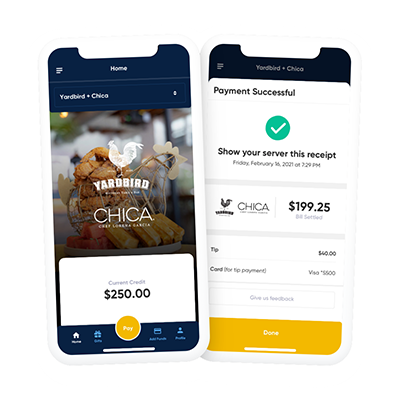 Photo: inKind buys credits for food and drinks from restaurants and sells them to potential customers.

InKind pays a steep discount on the credits it pays for, then markets the credits to consumers in its database. For example, InKind might pay $100,000 for $200,000 in credits. The restaurant gets the $100,000 to do with as it pleases, and InKind must then determine how to sell the credits to maximize its own return.

“Over time we’ve gotten really, really good at figuring out how much credit to buy, and how to sell that credit really well,” said Johann Moonesinghe, co-founder and CEO of InKind.

Moonesinghe, who has a background both as a traditional restaurant investor and in working with technology start-ups, said he wanted to create an opportunity to provide a financing vehicle for restaurant operators that did not burden them with hefty debt payments.

“I realized that there was something fundamentally broken with the way that restaurants are financed,” he said. “The operator ends up working 100 hours a week and not making any profits.”

The cost to operators comes in the form of providing the food and drinks at no charge when customers redeem the credits, but that can be spread out over months or years. They can also reap advantages from InKind’s sophisticated marketing systems, which seek to drive new and repeat business to the restaurants, Moonesinghe explained. 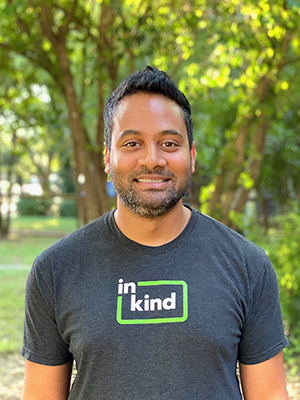 Photo: Johann Moonesinghe of inKind said he created to company to provide an alternative financing vehicle for restaurants.

InKind markets the credits through a variety of offers based on predictions about consumers’ likelihood to visit the restaurant. Customers who have never visited might be offered $10 in free credits, for example, and then pitched a higher amount if they report that they enjoy the experience. The company generally offers credits in increments starting at about 10 times the average check, which helps promote repeat visits, Moonesinghe said.

Unlike traditional lenders, InKind doesn’t evaluate credit scores or review financial statements to evaluate whether or not it buys credits from a restaurant — instead it reads Yelp reviews and other social media to get a sense of the restaurant’s appeal to customers.

Customers who buy the credits from InKind download an app that they use to pay for their meals, and can then add a tip through a credit card that is attached to the app.

Matt Vannini, co-founder and CEO of Restaurant Accounting Services Inc., which provides outsourced accounting services for restaurants, said for many independent restaurants, the days of walking into a bank and trying to obtain a traditional loan are over.

“The relationship that was traditionally forged between business owners and banks is not gone, but it’s been augmented,” he said, citing the emergence of online-based services that perform many of the functions historically provided by banks.

Many of the new online lending vehicles that have emerged evaluate companies based on their operational abilities, as opposed to their assets, which benefits restaurateurs, Vannini said.

“Traditional banks will look at your assets, and you are not going to get a short-term note against your building,” Vannini said.

Alternative online lenders for small businesses include companies such as Kabbage, SmartBiz, Fundbox, BlueVine and LoanBuilder.

Many alternative financing vehicles such as these provide capital quickly — often within 72 hours — and have predictable repayment terms, Vannini said. In addition, they tend to have limitations that prevent operators from borrowing more than they can repay.

“All of these things are leading to more virtualization, less collateralization, and ultimately a better way to obtain financing,” he said.

The drawback, he said, is that operators turn to multiple lending vehicles at the same time, and find themselves overextended.

“In you get into two or three of these, suddenly, you may find yourself in debt consolidation mode,” Vannini said. “That’s the downside.”

CORRECTION: This story has been updated to correct the spelling of Matt Vannini's name.