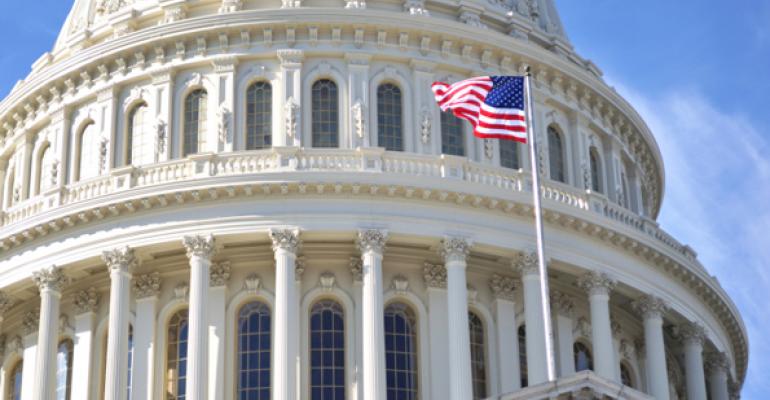 Shutdown hasn't derailed economy yet, but default would

The shutdown, debt ceiling, Obamacare. Where’s the economy headed, and what’s it mean to you? There are no easy answers, but Arjun Chakravarti, a professor at IIT Stuart School of Business in Chicago and the consulting economist for Technomic, took a crack at those questions in a recent commentary.

“The U.S. economy is at its best point since the beginning of the financial crisis,” he writes, “but remains weak by most historical measures.” So we’ve got that going for us.

The U.S. GDP continues to grow at between 2 and 2.5 percent and will continue to rise next year if “housing growth continues and political theatrics cease quickly,” he says, adding it could grow as much as 3 percent, which would directly benefit foodservice. But, and it’s a pretty big but, the restaurant industry should prepare at a minimum for a loss in consumer confidence as we approach the holiday season because of the government shutdown and the threat of a default. At worst, he writes, restaurateurs should brace for an immediate recession if those fears are realized.

That’s the big picture. Digging into his analysis a little deeper offers some insight into what’s going on and potential impacts to the industry. Unemployment, for example, dropped to 7.2 percent in September, but 13.8 percent consider themselves “underemployed.” Regionally, the numbers vary widely, from pockets of growth in tech hubs like Austin, Boston, Portland and San Francisco, to states with a large amount of homes in foreclosure like Illinois, Nevada and California that are reporting unemployment at more than 9 percent.

The impact on foodservice is two-fold, Chakravarti writes: The industry heavily and increasingly relies on average to affluent consumers who are benefitting from having jobs, increasing asset values and cheap credit. In contrast, younger workers have been disproportionately affected by the struggling economy. More than 35 percent of 18- to 24-year-old Americans are out of work, and another 20 percent report income below the poverty level. Absent a major turnaround, the author writes, “the industry will need to adjust to a generation of chronically bargain-oriented consumers.” Perhaps it’s already happened and why recent surveys have shown consumers are demanding more deals than ever.

Although the current federal sequestration hasn’t been as painful as many predicted, the recent standoff has cost the economy about $20 billion in GDP, according to Moody’s Analytics. The real economic pain would come if the U.S. defaults on its debt, but even if it doesn’t, Chakravarti writes, the threat alone could slow the economy for months like it did in 2011.

The National Restaurant Association late last week launched a grassroots effort among its members to urge Congress to end the shutdown and raise the debt ceiling to maintain what had been an improving economy. On its own Monday, more than a million Starbucks customers and employees signed the company’s “Come Together” petition calling on lawmakers to end the shutdown and debt-ceiling impasse.

“The debate over government funding and the debt ceiling, while important, is cutting into restaurant operators’ bottom-line every day the government remains closed,” says Scott Defife, e.v.p. of policy and government affairs, NRA. “The shutdown is negatively impacting the livelihood of our restaurant customers and our workers. Congress must act now to end the government shutdown and restore economic certainty.”

The other key component to the economy unrelated to the political stalemate is the relationship between the housing market and the Federal Reserve policy, which Chakravarti calls “the most important macro-level consideration for foodservice decision-makers.”

It’s a mixed bag for sure, but the bottom line is the economy hasn’t skidded off the rails yet. But savvy operators should be preparing for every eventuality, which sadly includes another potential recession  if the U.S. defaults on its debt.