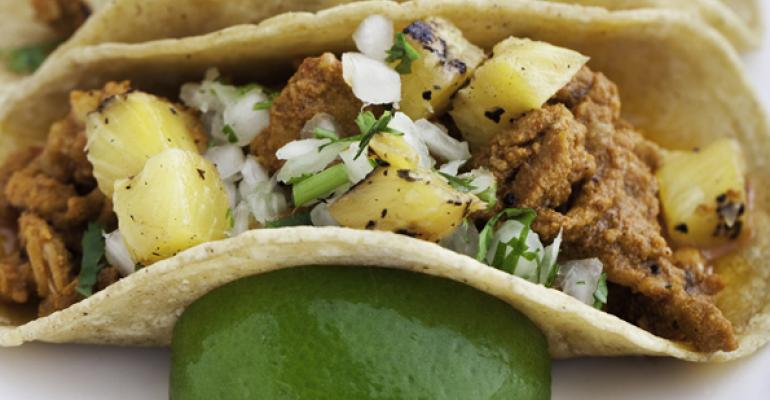 How to satisfy deal-demanding customers

The recession may be in the rearview mirror, but consumers haven’t stopped clipping coupons and they don’t appear to be putting down the scissors anytime soon.

That alarming trend, which comes from the April Market Briefing from American Express and Technomic, poses a challenge for restaurateurs who are now spending more on food, labor and other expenses as the economy continues to improve. According to the report, only 52 percent of consumers say they’d eat at a full-service restaurant on a weeknight without some form of a deal or promotion. The number climbs to 72 percent on a weekend, but that still means 28 percent of diners are demanding a deal.

“I think the expectation level is that the recession made anything possible,” says Carrie Nahabedian, executive chef and owner of NAHA, a Michelin-rated restaurant in Chicago. “People grew accustomed to discounts, sales, benefits and any type of promotion because that element of society is now common.”

Most upscale independent restaurants surveyed, like NAHA, say they would never offer specials or coupons like a “buy one, get one free” promotion that American Express says is the offer most enticing to consumers. According to the March survey, 51 percent of consumers said an offer like that influenced their decision to visit or order takeout from a restaurant. But during the depths of the recession, in June 2009 when the Dow Jones Industrial Average was 6,000 points less, almost the identical number of consumers (53 percent) said the same thing.

Answers about similar offers—price-point menus, combo meals, free appetizers with entrees—were virtually the same as four years ago, and in the case of the free appetizer, 30 percent of consumers today say that has influenced their dining decision compared to 25 percent in 2009.

The rise of the value menu and combo meals may have started in fast-food chains, but many full-service brands like Red Robin (the $6.99 Tavern Double burger and discounts for Red Royalty members), Applebee’s (two entrees and an app to share for $20), Longhorn Steakhouse (five steak specials for $11.99), TGI Friday’s (one app and one entrée for $10), Olive Garden (buy one for $12.95 and take one home) are currently offering special deals and price points.

Paul Fehribach, the executive chef and co-owner of Big Jones in Chicago, calls it “coupon conditioning.” Like NAHA, he doesn’t offer any special deals, but says guests expect great value. It doesn’t have to come through price or portion size, though: A family-style prix fixe menu offers his award-winning fried chicken (not cheap, at $16 for lunch and $25 for dinner), and the scratch preparation and a la minute cooking makes the perceived value high, he says. “Yet we give up nothing in terms of margin.”

Although 53 percent of consumers expect restaurants to raise their prices if the economy picks up this year, 22 percent expect no change to deal-making and 28 percent actually believe deals will increase. So if deals are here to stay, how can you compete without reducing your margins even further?

Restaurants should avoid open-ended deals and focus on holiday and special occasion promotions, says the analysis from Technomic. Cinco de Mayo, graduation, Mother’s Day, Father’s Day and the first day of summer are prime opportunities ahead. Specials on limited-time menu items, perhaps based on seasonal fare, are another way for fine-dining restaurants to provide short-term offers.

If you are going to offer special prices and promotions, do it to drive business during off-peak hours.

Gus Paschalis, owner of Wiener and Still Champion in Evanston, IL, says customers don’t go to independent restaurants expecting extreme discounts. He offers specials on Tuesdays and Wednesdays from 3 p.m.-5 p.m. when business is slower. Some customers come every week for the deal, he says, but others return during times with regular pricing.

Susan Thorne-Thomsen, co-owner with husband and executive chef Carl of Story in Prairie Village, KS, has a similar strategy. They offer the bar food menu at half price from 4:30 p.m.-6:30 p.m. Tuesday through Friday and a $10 special entrée on Sunday evenings. The goal is to increase business during slower times, while attracting guests who normally wouldn’t visit.

Noah Loudenback, operations manager for several Richard Sandoval Restaurants in Washington D.C., says when they offer a discounted food item, the hope is the loss leader drives more sales of regularly priced items. “We’re willing to take a hit on one thing to get people in the door,” he says, for example, of Mexican restaurant El Centro D.F. “We bring them in for the [$2] tacos [on Tuesday], but they’re buying drinks at full price. And the other side of it is people want to be where it’s busy and there’s energy. It creates a good buzz.”