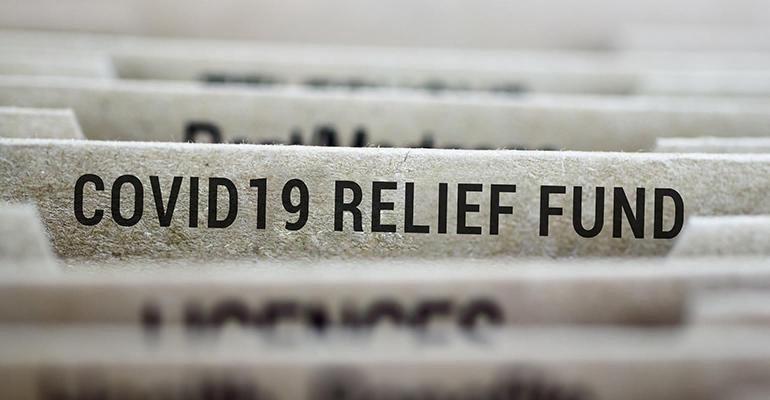 According to the National Restaurant Association, the previous estimate of $180 million in leftover funding was inaccurate, and the $83 million represents the last of the RRF funding that any restaurant will ever see.
Operations>Finance

The U.S. Small Business Administration is releasing the leftover funds to operators with pending applications starting this week

Just before the Thanksgiving holiday, the U.S. Small Business Administration announced that the government agency would be distributing $83 million in unobligated Restaurant Revitalization Fund money to 169 restaurant operators with pending RRF applications.

Related: Here’s what we know about the remaining $180 million in the Restaurant. Revitalization Fund

Over the summer, NRN reported on an independent audit by the U.S. Government Accountability Office that found the SBA was sitting on $180 million of unobligated Restaurant Revitalization Fund money. At the time, the SBA said that they planned to distribute the funds with help from the Justice Department, though no further details were available.

Earlier this month, the SBA provided an update that no further applications were needed, and funding would be distributed soon on a “first-applied, first-serve basis.”

According to the National Restaurant Association, the previous estimate of $180 million in leftover funding was inaccurate, and the $83 million represents the last of the RRF funding that any restaurant will ever see.

“We must continue to look forward because the enormous challenges of the industry will continue beyond today,” Kennedy said. “From the recruitment of employees to the constantly rising costs for food, running a restaurant right now is a daily struggle. There are steps the government can take to support restaurants in every community, and we will continue to press for solutions at the federal, state, and local level.”

Grants will be distributed in the order in which applications for the original RRF grants were received last year, starting last week. The SBA has contacted the lucky operators who have received the a portion of the leftover funding. Operators will have until March 2023 to spend the money.

"Because of the litigation surrounding the RRF program and court rulings, the SBA was unable to fund certain priority applicants that received notice of an award prior to legal challenges," an SBA representative told NRN. "After consulting with the DOJ on a plan for the latest RRF distribution, the SBA processed applications in the order they were received without regard to priority status. The SBA is currently working with the Department of the Treasury to seamlessly distribute funds to eligible recipients and we anticipate those funds will appear in bank accounts during the week of November 21, 2022. Those that are in line to receive funding, in the order of application receipt, will be notified via email by the agency and potentially their financial institution. It is also possible recipients will notice funds have appeared in their account before receiving written notices."

The SBA did not get back to NRN in time to comment on the average grant allocation, or who received funding.