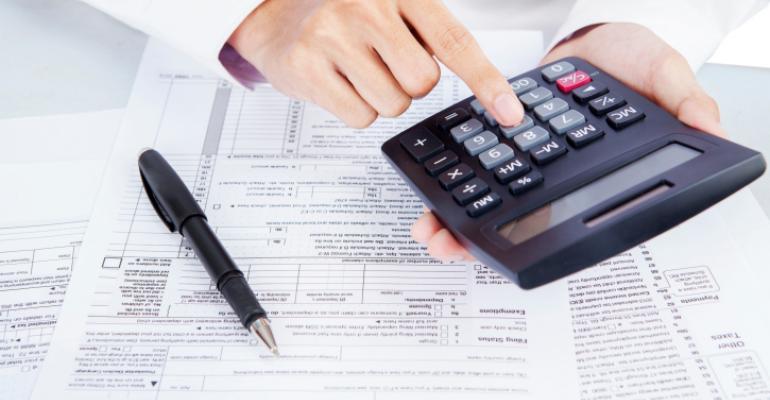 The Internal Revenue Service has introduced a “safe harbor” for retail and restaurant businesses that creates a unique write-off for the expense of remodeling or “refreshing” their establishments. Under the new safe harbor, restaurant owners can now use a percentage (75 percent) of remodel or refresh expenditures as immediately deductible with the remaining percentage (25 percent) capitalized and depreciated over time. Even better, because the safe harbor rule is retroactive it will apply to the 2014 tax year as well.

The key to determining whether expenses incurred to remodel or refresh the foodservice operation’s business premises are tax deductible, must be capitalized as “improvements” or capitalized under the uniform capitalization rules as self-produced property, is the recently released Revenue Ruling. And, of course, basic tax rules.

Under our tax rules, the cost of buildings and other so-called “capital assets” are generally depreciated and the cost written off over 39 years. Those same tax rules contain a special 15-year, straight-line depreciation write-off for what lawmakers call “leasehold” improvements, restaurant property and retail improvements.

The IRS defines those improvements:

1. Qualified Leasehold Improvement Property—Improvements made to a nonresidential building’s interior (other than elevators, escalators, enlargements, structural components benefiting common areas, and the building’s interior structural framework). The improved space must be occupied by a tenant or subtenant and those improvements must be placed in service more than three years after the building was first placed in service.

2. Qualified Restaurant Property—Buildings and improvements where over 50 percent of the building’s square footage is devoted to the preparation of meals and seating for on-premises consumption.

3. Qualified Retail Improvement Property—Improvements made to a nonresidential building’s interior that are open to the general public (other than elevators, escalators, enlargements, structural components benefiting common areas, and improvements to the building’s interior structural framework) for a building used in a retail business selling tangible personal property to the general public. Once again, the improvements must be placed in service more than three years after the building was first placed in service.

Many restaurants and retail stores regularly ”remodel and refresh” their establishments to stay competitive and attract customers. Not too surprisingly, expenditures for remodeling and refreshing the business premises can be quite high. What’s more, because these projects often involve repairs and improvements to many different building components, deciding which costs can be deducted and which should be capitalized can be a complicated task.

Fortunately, in their new Revenue Ruling (Revenue Procedure 2015-56) the IRS now allows anyone engaged in the trade or business of operating a restaurant or retail establishment to use a safe-harbor method of accounting for expenditures paid or incurred to remodel or refresh a qualified building. As mentioned, under the safe harbor, a “qualified taxpayer” will treat 75 percent of “qualified costs” paid during the tax year as deductible as “ordinary and necessary” business expenses, with the remainder as costs for improvements to a qualified building, expenditures that must be capitalized.

On the downside, a qualifying restaurant business must have an applicable financial statement and be in the trade or business of (1) selling merchandise to customers at retail (but excluding car dealers, gas stations, manufactured home dealers, and non-store retailers), (2) preparing and selling meals, snacks or beverages to customers for immediate on-premises and/or off-premises consumption (but excluding hotels, civic or social organizations, amusement parks, theaters, casinos, country clubs and special food services, such as caterers and mobile food services) or (3) owning or leasing a qualified building to a taxpayer qualifying under (1) or (2).

“Qualified costs” are costs incurred in remodel-refresh projects, including projects to maintain a contemporary and attractive appearance; locate retail or restaurant functions and products more efficiently; conform the space to current retail or restaurant standards and practices; standardize consumer experience if the foodservice operation is in more than one building; offer the most relevant and popular goods within the industry; or address changes in demographics by changing product or service offerings and their presentations. Remodel-refresh costs are costs incurred to remodel, repair, refresh, or maintain a building as part of a project. Costs to solely to repaint or clean the building are not included because they frequently qualify as an “expense” that is currently deductible.

The IRS reportedly developed this guidance in an effort to reduce disputes regarding the deductibility or capitalization of remodel-refresh costs. However, to use the new safe harbor for the first time, a restaurant operator must request a change in his or her operation’s method of accounting by filing file Form 3115, Application for Change in Accounting Method.

The safe harbor method minimizes the need for a detailed factual analysis when determining whether a cost incurred during a remodel-refresh project can be currently deducted as an expense or treated as an “improvement” that must be capitalized and depreciated. Because this safe harbor applies to the entire building the need to apply the improvement rules separately to each building structure and each building system is eliminated.

Unfortunately, a restaurant or other foodservice business using this safe harbor method may not make a partial disposition election to claim a loss on structural components that are retired, including retirements made as part of a remodel-refresh. Of course, a business that previously claimed a loss on a retired building component may revoke that election, generally by simply filing an accounting method change.

Bottom line: In situations where the safe harbor applies, only 25 percent of all qualifying remodel-refresh costs must be capitalized while the remaining costs are currently deductible. Of course, the new safe harbor method may not be used unless the restaurateur depreciates the building under the standard MACRS (Modified Asset Cost Recovery System).

The IRS has also announced new simplified paperwork and recordkeeping requirements for small businesses by raising from $500 to $2,500 the safe harbor threshold for deducting some capital items. It is designed to help small businesses immediately deduct the cost of many items such as tablet-style personal computers, smart phones and equipment parts that otherwise might be spread over a period of years.

For tax years beginning before January 1, 2016, the IRS will not question whether a foodservice business without an applicable financial statement (AFS) can utilize the increased de minimis safe harbor threshold. The IRS will also provide audit protection to eligible businesses by not challenging use of the new $2,500 threshold in tax years prior to 2016.

In addition to the soon to be increased de minimis expensing allowance, every restaurateur can elect to recover the cost of qualifying business equipment and property, up to a limit of $25,000, by deducting it in the year it is placed in service. This section 179 deduction can be used instead of a depreciation deduction for both new and used equipment acquisitions. The maximum Section 179 write-off must be reduced dollar-for-dollar by the cost of qualifying property in excess of the investment limitation of $200,000. Naturally, the limits could be increased—retroactively—should lawmakers pass legislation as part of an “extenders” bill.

Our tax laws generally allow a deduction for all ordinary and necessary business expenses, including the costs of repairs and maintenance, but requires the capitalization of amounts paid to acquire, produce or improve tangible property.

Now, restaurateurs and retailers who in the past have argued heatedly with the IRS over how much of the cost of remodeling or "refreshing" their establishments is currently deductible can safely take advantage of the new safe harbor. And, don’t forget the shorter depreciable life already permitted for leasehold improvements, restaurant property and retail improvements-–many of which might also qualify for the first-year, Section 179 expense.

While professional assistance may be required, our tax rules, especially the new safe harbor, can substantially reduce the out-of-pocket expenditures necessary to repair improve the qualifying premises of every foodservice business.