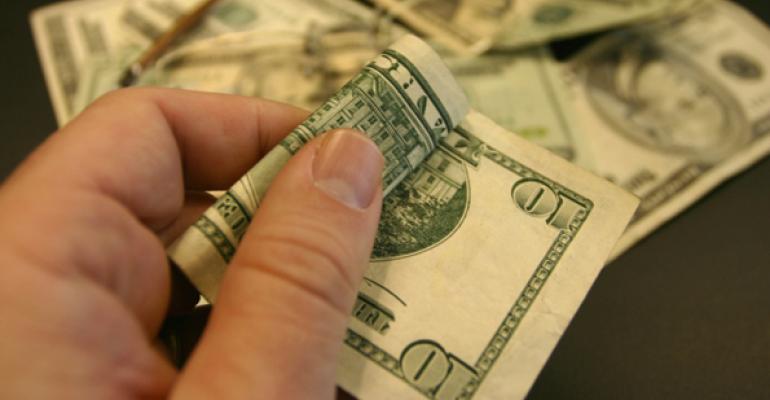 By next year, crowdfunding will outstrip venture capital funding by $5 billion dollars, according to Forbes. Since its inception, Kickstarter supports alone have pumped $78 million into the food industry; that enthusiasm shows no sign of abating.

Chef Tim Lyum, an accomplished restaurateur with several projects under his belt in the Bay Area, has successfully used crowdfunding more than once to fuel his ventures. He began by using Kickstarter as a tool to presell his pop-up dinner series called the Eastern Addition. Upon the success of Eastern Addition he returned to Kickstarter to finance the evolution of his hip FK Frozen Custard food truck into its first brick and mortar retail store in the up-and-coming Mission District of San Francisco.

This emerging trend has disrupted the traditional ways of restaurant finance, which is often fraught with risk and unintended consequence. How many would-be owners lacking the financial backing of an angel investor or rich uncle have turned to gambling their life savings, retirement money, credit cards or even the equity of their homes to fund their restaurant dreams?

How does crowdfunding work?

The root of the word crowdfunding is the “crowd,” or simply put, the community. Crowdfunding mobilizes people who are excited about your vision and are willing to vote with their dollars and social media clout to see you succeed.

The first is referred to as a rewards-based system, where people who back a project by pledging money receive a gift in return like a dinner for two, a free appetizer or a tee shirt. Kickstarter and Indiegogo have popularized this style, which is the most common variation on crowdfunding.

In the past, selling equity in privately held companies in the open market was highly regulated and limited to only high net worth individuals. The jury is still out on whether this type of crowdfunding will be a runaway success for food businesses, but a quick glance shows that Crowdfunder alone has already raised $6.9 million for food businesses.

All crowdfunding campaigns have a fundraising goal in mind. Thirty days is usually the set amount of time given to reach that goal. To mobilize potential backers, a video is produced to give viewers the background on the project and why they should support it. Kickstarter follows an all-or-nothing rule: If the project creator does not hit the goal, the pledges made by the backers are never collected. This helps reassure backers that the project is viable and that their money didn’t go toward a project that that never had the chance to be completed for lack of funds.

Besides injecting much-needed interest free capital into a business, crowdfunding can help build a community of brand evangelists. Backers often pride themselves on helping a new business get off the ground and will be the first to bring their friends to view the fruit of their generosity.

Crowdfunding can also help finance business improvements or expansions. Husband and wife owners Kris Toliao and Yuka Loroi of  Cassava Bakery & Café in San Francisco used Kickstarter to raise money for an outdoor patio. Here’s how they pitched the campaign:

Instead of just a new patio, “The Kickstarter campaign actually helped increase my sales by 30 percent by increasing my seating capacity,” Loroi says. “We needed it because when we introduced the new patio, the backers came in droves!”

Desi Danganan is a hospitality industry veteran whose plinthacademy.com shows restaurant owners how to finance their dreams.