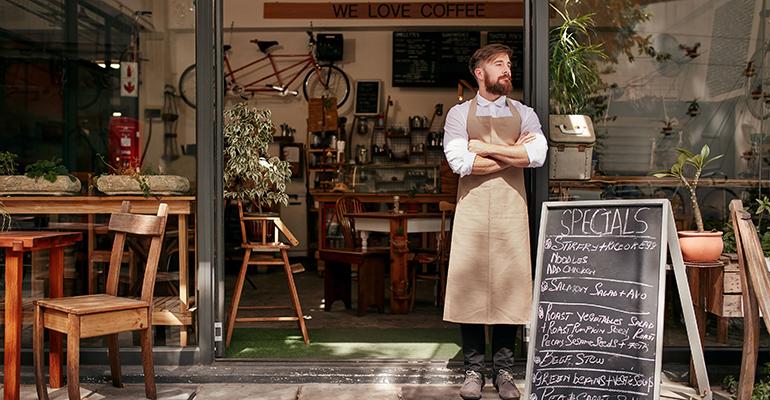 Business outlook for 2017: Challenging at best

Standing out from the competitive crowd remains key

After a rough 2016, what is the business outlook for restaurant operators in 2017?

More of the same. But forecasters see opportunities ahead.

Most of the early-year forecasts focus on chain restaurants and large publicly traded companies. But many of the consumer and macroeconomic trends that inform those forecasts also apply to independent restaurant operators, which make up about 70 percent of the $783 billion American restaurant industry.

For most of those operators, 2017 will be another year of moderate growth, says Hudson Riehle, the National Restaurant Association’s senior vice president, research and knowledge group.

“It does remain a sluggish environment, but there are definitely opportunities,” he says.

Independent operators have the flexibility to change and customize menus to serve the needs of their customer base, and that ability will be a key to success in this year’s challenging economy, he adds.

While issues like transparency around sourcing and convenience will continue to be a driving factors, so will what Riehle calls the “socialization factor,” or the ability of a restaurant to become a “social oasis in their communities,” one that focuses on offering a differentiated experience to guests.

Operators like Kevin Harron, CEO of the Andover, Mass.-based Burtons Grill Restaurant Group LLC, with 14 restaurants, for example, is shifting marketing toward what he calls a 360-degree lifestyle approach, pitching his restaurants as more than a place to dine.

Some may host cooking or wellness classes, for example, and those with a large family customer base might offer meal kits to go. The recent addition of a paleo menu section was a hit and restaurants have been reaching out to Crossfit organizations in local communities to market specifically to potential protein seekers.

“I’m looking for ways to stand out and stay relevant. We have to do things outside the box to stay competitive,” says Harron. “I think all the indicators are that we’ll not only have a challenging 2017 but also beyond.”

The Chicago-based NPD Group is predicting restaurant traffic will remain stalled in 2017 as consumers shift away from dine-in brands to quick-service concepts.

“It’s just a battle for share,” says Bonnie Riggs, NPD restaurant industry analyst. Restaurants are competing against each other, but also against lower food prices and increased prepared food offerings at grocery stores.

Independent restaurants in particular, however, have an opportunity to build business beyond their four walls with the rise of third-party delivery providers, Riggs contends.

Surveys indicate that consumers want to order more restaurant food online and have it delivered, according to a report by KeyBank Capital Markets on Wednesday. KeyBank has launched a database to track restaurants listed on commonly used delivery sites.

Sales from restaurant delivery is expected to grow from about $35 billion currently — mostly from pizza chains and sandwich shops — to about $25 billion for full-service restaurants specifically, and $130 billion for quick-service locations, including drive thru or carry out, according to the report.

For restaurants, pressure on the labor line will continue to increase after another round of minimum wage hikes across the country, and more to come in some states later in the year.

Though food costs declined for the industry as a whole in 2016, the labor line will continue to chip away at margins. But because grocery prices are so low, restaurant operators will have little room to raise menu prices.

“How can we afford this? It’s causing huge problems for us,” he says. “Where are you going to find this money?”

Degel says he has tried things like charging guests for bread, but customers didn’t like that. Now he’s serving smaller rolls with meals and looking at 10-ounce cocktails, rather than 12-ounce.

Ultimately, he says, “you’re going to have to pass the expense to the consumer.”

David Tarantino, an analyst with Baird Equity Research, writes in a report on Wednesday that the outlook may improve for restaurants later in the year, if the incoming Republic president follows through on promises to cut taxes to further stimulate the economy. That will be good for restaurants, he says.

Riehle of the NRA notes one ray of hope: Demand for dining out remains high.

“When you ask consumers whether are using restaurants as much as they would like, two out of five say they are not,” he says.