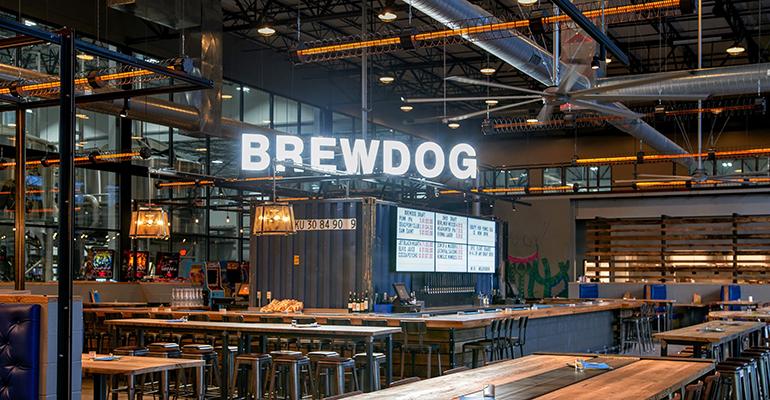 With the deal, TSG will hold a 23-percent stake in BrewDog, which described the investment as an approximately $265 million transaction, including about $124 million to fund the brewer’s global expansion. The transaction values BrewDog at about $1.2 billion.

The facility will also be the site of a proposed craft-beer-themed hotel called The Doghouse, as well as a sour beer facility.

The company has already opened a 300-seat bar called DogTap in Columbus, which debuted in February, to whet consumer appetite for BrewDog beer. The brewer operates about 50 bars around the world.

“BrewDog represents an extremely exciting opportunity for TSG as we continue to add to our growing portfolio of European brands, all of which have enormous potential to grow in the U.S. and internationally,” Jamie O’Hara, TSG president, said in a statement. “We chose TSG because of their expertise and their passion for our vision, which made it easy to turn down several other higher offers,” Watt said in a statement. “We just want to continue making amazing beer and invest in the two things we care about most: our beer and our people.”

The deal also benefits consumer investors. Early on, BrewDog offered fans an opportunity to buy shares in the company, a program dubbed Equity for Punks, which has raised $50 million since 2009. Shares purchased in the first round, which closed in 2010, are now worth 2,765-percent of their original value, the company said.

Other foodservice investments by TSG have included the casual-dining chain Yard House and Stumptown Coffee Roasters.