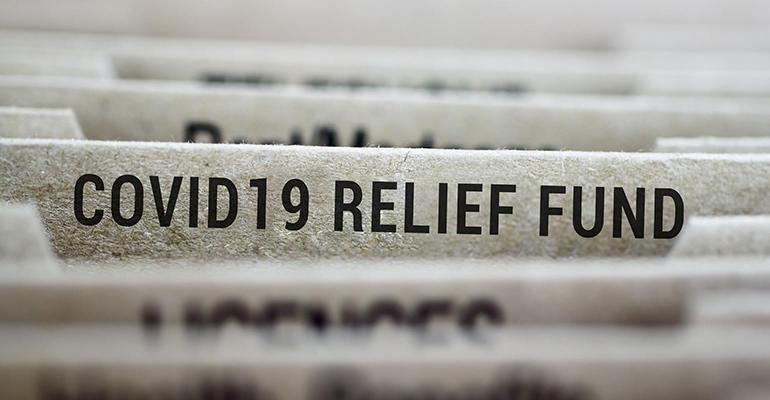 After President Joe Biden’s $1.9 trillion American Rescue Plan was signed into law on March 11 there have been a lot of questions from the restaurant community about how this latest COVID-19 relief package will affect their businesses.

The American Rescue Plan includes $1,400 stimulus checks for Americans with incomes under $75,000 (or $150,000 for households), which is expected to boost restaurant spending. It will also create a fund offering $28.6 billion in grants for small restaurants.

Restaurant Hospitality spoke with two attorneys to answer common questions about both the Restaurant Revitalization Fund grants and the American Rescue Plan in general: J. Riley Lagesen, attorney and chair of the national restaurant industry practice group at Davis Wright Tremaine law firm in Portland with many years of experience representing operators and chefs; and Patrick Dennison, partner and labor and employment attorney at Fisher Phillips law firm in Pittsburgh.

When will restaurant operators be able to apply for a grant?

“We don’t have a definitive answer to this,” Lagesen said. “We expect the Small Business administration will provide some more clarity later on.”

Dennison also predicts we’ll see a lot more information coming out from the SBA as the weeks continue on.

“If you followed the PPP, the [rules and regulations] changed over the course of the entire program based on what the public outcry was,” Dennison said. “They would implement regulations and put out guidance where they saw a need after the program was implemented.”

Why is it taking so long?

“How quickly the SBA can mobilize resources is unclear to us at this time,” Lagesen said. “The language in the legislation is very thin and there are so many gray areas in terms of eligibility to ensure applicants are in fact eligible. Unless they spent a lot of time putting things into place beforehand it will take some time to get the SBA to get ready and mobilized to manage application process.”

Will restaurants apply through a lender or the SBA?

“As of right now, the SBA, though we are not sure yet how it will be administered,” Lagesen said.

What forms/paperwork do I need to apply?

“You’re going to need to demonstrate 2019 revenues are more than your 2020 revenues,” Lagesen said, “and subtract any PPP that was taken up until application time [both 2020 and 2021], including any pending applications. Basically, you need to prove that the money is needed. Remember, the first three weeks the fund is open will be prioritized for businesses owned by women, people of color and/or veterans, so certification will be required for that. Once this moves along, the SBA will get more granular to ensure that groups applying are meeting eligibility requirements. There will be a fair amount of paperwork involved.”

Are franchisees eligible for a restaurant relief grant?

Yes, Lagesen said. “The legislation in the Revitalization Act on its face enables franchisees of larger brands to apply for relief if they own or operate fewer than 20 locations, he said.

Yes, Lagesen explained. “The fact that you might be a franchisee of a public company does not mean you cannot apply, but the publicly traded entity itself would not be eligible,” Lagesen said.

Are there safeguards in place to prevent larger companies from receiving funds, like what happened with the PPP loans?

“The language of the legislation was drafted in a way that leaves open opportunity to apply depending on how groups are legally structured,” Lagesen said. “The intent of statute was to capture any group that had more than 20 locations but as of right now there is still some ambiguity and behind the scenes in terms of how companies are set up legally. if you’re a multi-concept restaurant group and have multiple brands under 20 locations, but in aggregate your whole group has more than 20, could you receive funding? It’s unclear.”

Are there limitations to how I can use these funds?

“The SBA will be issuing some more guidance on specific usage of funds and what is permissible,” Lagesen said. “Looking at the history of the House and Senate versions of this bill, a lot of groups made significant changes including expenditures on masks and other protective gear, also including expanding facilities into outdoor dining and heating, just everything that has gone into trying to stay open over the course of the last year. The spirit of the legislation is to be inclusive and allow operators to use the money to pay for whatever is needed.”

My restaurant has not yet opened. Can I still apply for a grant?

Yes, Lagesen said. “There is potential for relief for restaurants that are not yet open but have spent the money to open their restaurant. They would be able to recover some costs toward a future restaurant opening.”

Will there be multiple rounds of funding?

“This money will go very fast,” Lagesen said. “And it’s not going to be enough to cover the demand. There have been conversations on if this will be replenished and those we’ve spoken to are of opinion there will be an effort made to do so. There’s nothing official at this point though.”

Will the $15 minimum wage be introduced as separate legislation since it was left out of the American Rescue Plan?

We’ve already written about why the $15 minimum wage was ultimately left out of the COVID-19 stimulus plan, but Senate Democrats have hinted that the proposed wage bump is not going away:

“Everyone thought it was going to be included but it wasn’t,” Dennison said. “We don’t know if it will show up again, but maybe in a state-by-state context.”

No, it is not, Dennison said. Mandatory paid sick leave, along with the $15 minimum wage and elimination of the tip credit are three progressive wish list items that did not make it to the final cut.

What is the Families First Coronavirus Response Act and how do I get a tax credit from it?

“That was the paid sick leave and paid family medical leave that was implemented last year,” Dennison said. “If you were required to quarantine by medical professional because you had covid or were exposed to someone who did there was the emergency paid sick leave, which provided 80 hours of paid sick leave pending if it fell under those enumerated portions of the act. […] The American Rescue Plan extended that from the end of March to the end of September. Now, businesses aren’t obligated to provide paid sick leave but they can voluntarily do it and also still claim the credit.”

Do I get a tax reimbursement if I provide PTO for employees who receive the vaccine?

No, there is not currently, Dennison said.

What are some little-known aspects of the American Rescue Plan business should know about?

“There’s a provision in the American Rescue plan that deals with COBRA [Consolidated Omnibus Budget Reconciliation Act of 1985] benefits that not many people are talking about,” Dennison said. “The American Rescue Plan provided for 100% premium assistance for qualified beneficiaries for coverage under COBRA through September 30.”

“Employers will be able to claim employment tax credits to offset the amounts (including applicable administrative fees) of unpaid COBRA premiums,” the post reads.