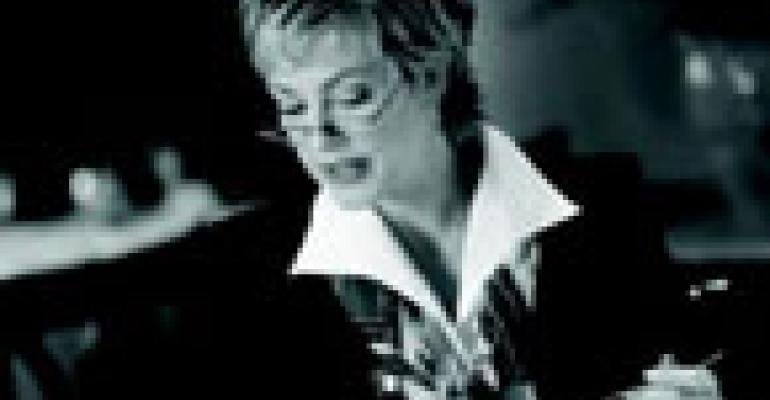 There was a time when a good reputation and word of mouth alone were sufficient to create and maintain a successful restaurant. But those days are long gone. More than ever, positive public awareness is vital to a restaurant's success. The best way to achieve that awareness is through a public relations campaign.

Effective restaurant public relations efforts that generate favorable exposure through newspapers, magazines, TV stations, radio stations and the Internet promise a wider reach than word of mouth alone. And the public often puts more stock in articles about your restaurant than in advertisements. A carefully crafted restaurant public relations campaign will raise both media and consumer awareness of your business. Simply put, working with the media can help start and sustain a buzz about your restaurant.

So what exactly is restaurant public relations, and why is it the best route for to create positive awareness? People often confuse PR with advertising, but two are dramatically different. Simply put, advertising involves ads while involves news. Both are designed elevate interest in a product or service. Both use the same media: print, radio, television, billboards and the Internet. You may have heard the saying, “Advertising you pay for, but public relations you pray for.” Though the adage is old, the sentiment is especially true today.

The late entertainer Will Rogers once said, “All I know is just what I read in the papers.” PR generates news coverage, and news coverage builds credibility. People believe what they read in newspapers and magazines, what they hear on the radio and what they see on television. But people often are skeptical of what they see in an advertisement, because everyone knows it's easy to toot your own horn.

Because they are so costly, advertisements also do not give you ample room to personalize the story of your restaurant. A public relations campaign does. By generating multiple story angles designed to reach different media outlets—such as business journals, foodservice and hospitality trade publications, daily and weekly newspapers, city and regional magazines, regional dining and entertainment publications and major national magazines—you increase the chances of having stories about your restaurant published and aired. Each of these stories tells the public what your restaurant is all about.

Take, for example, a high-end Middle Eastern restaurant, Leila, that was opening in West Palm Beach, FL. To encourage a broad base of media coverage, Leila's public relations firm wrote and distributed a series of press releases focusing on such story angles as the integral role the restaurant is playing in the revitalization of the surrounding historic district, the health benefits of Mediterranean cuisine and a profile of Leila's owner.

The PR firm also created story angles detailing the cultural elements of the restaurant, including the true and often-misunderstood art of belly dancing, the Arabic tradition of smoking the arguileh (water pipe) and the Middle Eastern custom of mezze (which involves sharing generous portions of appetizers among family and friends).

The press releases helped generate stories in local and regional newspapers and magazines, creating a buzz leading up to the grand opening and beyond. In fact, a month before the restaurant even opened, it was booked solid with private parties because meeting planners had read about it.

Cost-Effective Marketing
While advertising is an important part of any marketing program, a strategic PR plan has the potential to make a subtle yet profound impact. A positive mention in a prominent publication, for example, builds credibility, positions the company as an industry leader and generates awareness. Furthermore, a well-placed story can reap benefits for an extended period using a fundamental PR strategy: placing a story in one publication and moving it up the ladder to another magazine or newspaper, or transferring it to another medium such as radio or television.

Consumers often clip articles they read about a restaurant they would like to try or a destination they would like to visit. Also, a copy of the publication containing your article can be distributed to customers and other contacts. This is another way to “touch” customers and prospects and keep them informed about special accomplishments and up-to-date on both you and your company.

If a newspaper or magazine in your area is noteworthy, you can cite “as seen in” on all printed advertising, e-mail signatures and point-of-purchase marketing when an article mentions your restaurant. “As seen in the Boston Globe” can give you tremendous credibility and set you apart from your competition in a significant way.

Of course, one PR opportunity often leads to another. For example, assignment editors and reporters at TV and radio stations read the local and regional newspapers and magazines and sometimes get story ideas from published articles they read. Similarly, editors and reporters at newspapers and magazines sometimes get ideas from stories they hear on the radio or see on TV. The ultimate goal of a restaurant public relations campaign is to get you noticed and to attract guests into your location. A flattering article in the local newspaper or regional magazine creates a celebrity status for the person or place profiled. This truely seperates you from your competition.

Why Hire an Expert?
Some people think they can write a press release, send it to the media and watch the publicity from published and broadcast stories pour in. If that were true, then public relations firms wouldn't exist. Effective PR is an art that involves writing well-crafted press releases with story angles that interest the media, not self-serving marketing verbiage. There is nothing more irritating to reporters than receiving poorly written press releases with no newsworthy angles.

A restaurant public relations firm, you by creating targeted publicity materials and allowing you to focus on your core business.

When choosing a public relations firm, you should seek an agency that understands your business well and is connected with the media that are important to you. To find such a firm, you can conduct an Internet search, ask for referrals and loof for companies that are generating favorable press for their clients. Chances are great that the restaurant companies that you read about in trade publications are represented by an effective restaurant public relations firm.

It's also extremely important to make sure any firm has a genuine interest in your background and future potential. they can't get excited about you do, it will be harder for them to get the media excited enough to write about you.

Aaron Allen is the founder and CEO of Quantified Marketing Group (www. qmginteractive. an Orlando-based strategic marketing relations firm specializing in the foodservice-industry.