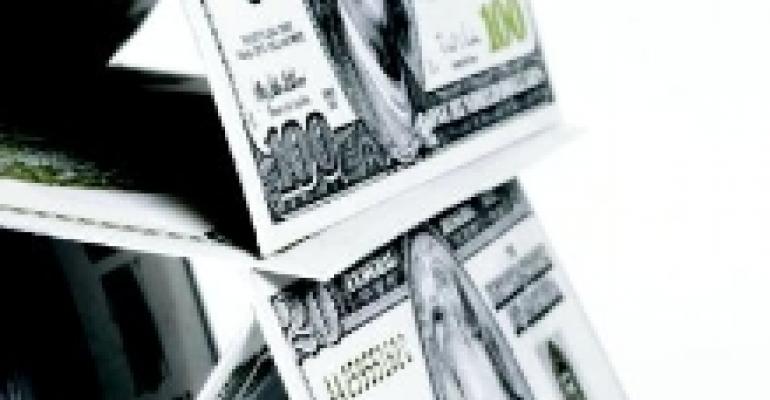 Don't Deduct It Yet.

Why would any full-service restaurant operator ignore perfectly good, legitimate tax deductions? Our complex tax rules and an Internal Revenue Service consistently on the lookout for missed income and exaggerated deductions paint a one-sided picture of our tax laws.

It is not easy trying to break a life-long habit of minimizing income and maximizing deductions to produce a low tax bill. Surprisingly, the lowest tax bills often result from legitimate tax deductions postponed or ignored.

A new restaurant has the option of deducting up to $5,000 in startup and organizational expenditures in the first year. But why would it want to? If the new business has income, it will likely find itself in the lowest tax bracket. If those startup expenses are ignored in the first year, they can be deducted over the following 180 months. Thus, the

$5,000 deduction deferred until later, more profitable years, will help reduce income that, in all likelihood, will be taxed at a higher rate than it would be during the first year of the business.

Flexible Tax Laws
Our tax laws offer a degree of flexibility that permits restaurant owners and managers to manipulate both income and deductions to achieve a consistently low tax bill. Deferring or postponing the receipt of income in a tax year when profits are up often results in a lower tax bill for both that year as well as in later years, when income can be offset by larger-than-usual deductions.

Frequently, a restaurant operator will ignore otherwise legitimate deductions and thereby report higher income. Some situations involve third parties (a potential investor, creditor or buyer) who have requested copies of the operation's tax return to access the income potential of the entity.

If a restaurateur or business owner is applying for a loan, banks are usually wary of self-employment income because of the ability of individuals to manipulate such income. Likewise, individuals buying a business should be aware that a tax return is not a fair representation of the profitability of the business.

Is fraud committed by not voluntarily disclosing additional expenses that were not reported on the tax returns to a third party? Omitting expenses in financial statements is a violation of generally accepted accounting principles (GAAP); however, small businesses do not always use GAAP-basis financial statements. Tax laws do not require claiming all deductions for tax purposes.

Recovering Costs
Every business claims a writeoff for some capital assets. Whether it's the building that houses the restaurant, the furniture, the fixtures or the equipment, the cost of these capital assets is usually recovered using a depreciation writeoff.

The tax rules allowing for the recovery of amounts spent for equipment do not match tax depreciation with economic depreciation. The writeoff period for newly acquired capital assets differs greatly between the period when the building, fixtures or equipment will contribute to profits and what our lawmakers label an asset's "useful" life.

In addition to shorter "useful life" writeoff periods, the tax rules encourage investment in business assets by allowing accelerated depreciation methods. Investment in business assets is further encouraged by allowing an expensing allowance or first-year writeoff of up to $100,000 of the cost of newly acquired equipment under Code Section 179. Remember, however, neither accelerated depreciation nor the first-year writeoff is mandatory.

While depreciation deductions need not be claimed, they do "accrue" and figure in the computation for gain or loss when property is sold, abandoned or otherwise disposed of.

It is also possible to ignore the standard system of depreciation, choosing instead a slower, more even writeoff such as the straight-line method. The IRS reportedly looks more closely at any restaurateur choosing an alternative depreciation method such as straight-line depreciation for newly acquired property rather than using the no-questions-asked modified asset cost recovery system (MACRS).

Ignoring the Small Stuff
Although entitled to certain deductions, many operators don't take them because they fear it will increase the likelihood of an audit or because the paperwork and record-keeping are not worth the effort.

Despite special rules for smallwares, tracking small item purchases is often too time-consuming to be worth the trouble. Keep in mind, for many expenses such as travel, entertainment and the like, physical receipts are not required for amounts less than $75. Of course, a contemporaneous record is necessary to support a claimed deduction, including the standard mileage deduction.

Despite maintaining a legitimate home office, many ignore a home office deduction because of the impact a home office can have on the profits when the home is eventually sold. Generally, up to $250,000 ($500,000 for those filing jointly) of gain on the sale of a principal residence used as such for at least two of the five years preceding the sale may be ignored for tax purposes.

Repair Deductions
A repair is not always an immediately deductible expense; it is often classified as a capital expenditure. Expenses that keep property in an ordinarily efficient operating condition and do not add to its value or appreciably prolong its useful life are generally deductible as expenses.

If, however, repairs such as painting, mending leaks, plastering and reconditioning gutters on a building are part of an overall plan to fix up, remodel or rehabilitate the building, both the IRS and an owner attempting to utilize those expenditures in a later tax year can legitimately class them as capital improvements. In fact, the IRS will often label them capital improvements whenever it feels they are part of a plan.

Ignoring or postponing tax deductions is only one strategy. Frequently, the operation-might need more rather than fewer currently deductible expenses. That explains the popularity of prepaid expenses. Yes, even cash-basis restaurants may deduct certain prepaid expenses in the year paid. If the payment creates an asset having a useful life extending substantially beyond the end of the tax year in which paid, the expenditure may not be deductible, or may be only partially deductible in that year.

Matching the available tax deductions with your operation's income can increase the value of the deductions while ensuring a lower tax bill.