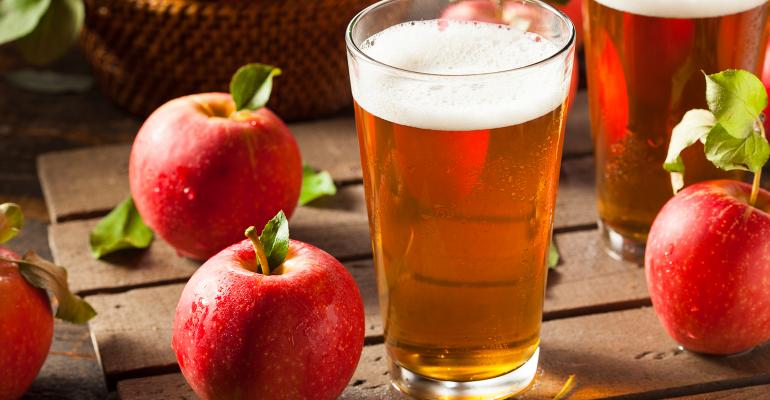 Americans drank a lot more cider in restaurants and bars in 2015 than they did in 2010, according to Euromonitor.

The market research firm found that on-premise consumer spending (as opposed to off-premise, or retail, spending) on cider, an apple-based alcoholic beverage, and its pear-based sibling perry, rose nearly 320 percent over the five-year period.

Spirits sales over the period jumped 10.5 percent, making it the fastest-growing category, followed by beer and ready-to-drink bottled cocktails, liqueurs and related beverages. Wine sales declined over the period by 1.7 percent in dollar terms.