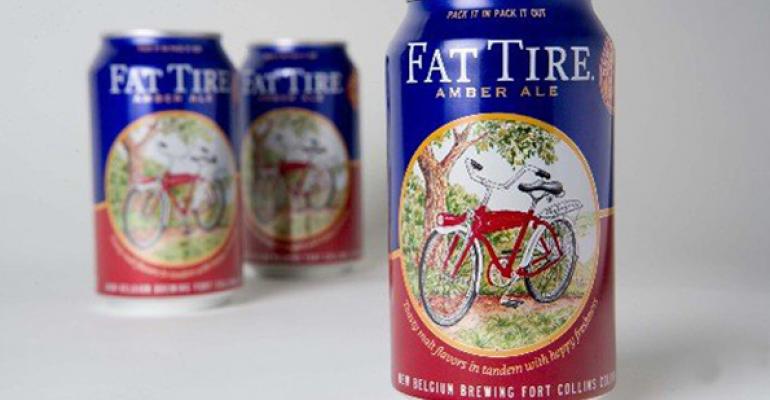 Craft beer: Why the future is now

New POS data confirms the craft beer category is on a tear.

Most 2013 trend lists predict craft beer will gain in popularity next year. That’s on top of 2012 results that show the category growing at a double-digit rate, according to current point-of-sale data. Also booming: the number of craft beer brands operators offer.

Let’s look at the latest information about year-over-year craft beer sales in restaurants and bars. Numbers from Leesburg, VA-based hospitality data firm GuestMetrics’s proprietary database of POS transactions document the category’s growth. Through the first three quarters of 2012, craft brew sales rose 10.7 percent while other beer categories were contracting. Over this same period, sales of import beers were off by -1.3 percent, premium light beer declined by 1.6 percent and premium regular beer fell 2.9 percent.

Many restaurant and bar operators have already adjusted their offerings to reflect this trend. They’re subscribing to the theory that the more craft beers you offer, the better off your beer program will be.

“Comparing the first three quarters of 2012 against the same period in 2011, there was a massive expansion in the number of unique beer brands carried in restaurants and bars,” says Bill Pecoriello, c.e.o. of GuestMetrics. “This large disparity in growth rates led to fairly rapid shifts in market share in the on-premise space, with craft beer winning share directly at the expense of premium and import brands.”

His company’s data shows that while restaurants and bars stocked 2,500 unique beer brands in 2011, that number has risen to almost 3,400 brands this year.

“While the largest 15 beer brands in on-premise account for 61 percent of retail sales, they only make up 0.4 percent of the total number of brands carried in restaurants and bars,” notes Peter Reidhead, v.p. of strategy at GuestMetrics. “This means the long ‘tail’ of nearly 3,400 smaller beer brands accounts for about 40 percent of sales in the on-premise space.”

Collectively, these smaller brands took two percent of on-premise market share away from the top 15 brands during the year. That’s a lot.

Another signal about the rising popularity of craft beer comes from the manufacturer side of the equation. Just a couple of years ago, approximately 50 craft brewers packaged their beer in cans. This year, CNBC reports that 200 craft brewers now sell 600 different craft beers this way.

The upshot: When a beverage category shows double-digit growth on-premise and its makers begin to package it for the market segment where the least-sophisticated palates are thought to reside, it’s time for restaurants to make sure they are getting their share of this current and future growth.