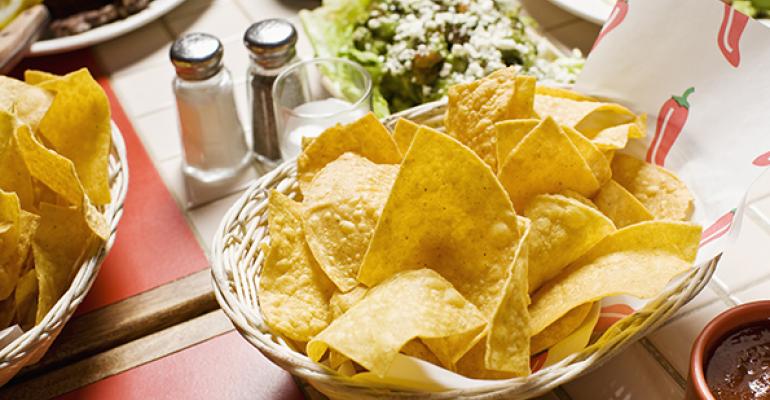 Trendinista: Snacking still on the upswing

We’re a country of grazers and noshers, snackers and nibblers. With a constant influx of new choices from food manufacturers and restaurant operators, it’s no wonder. Why limit oneself to three squares with so much out there to try? A host of new research backs up Americans’ proclivity toward snacking, so if your menu isn’t designed with noshing in mind, you’re probably missing out on sales.

According to new a new report from market research firm Mintel, “Snacking Motivations and Attitudes US 2015,” nearly all Americans—94 percent—say they snack at least once a day. That figure is up substantially from a year ago, when only 64 percent of consumers polled by Mintel said they often snack between meals, as reported in the firm’s

Could restaurant job growth support these findings? Employment data from the National Restaurant Association shows that snack businesses are adding the most new hires. In a news release earlier this month, the association stated: “Job growth within the restaurant industry was broad-based in the first half of 2015, with several of the major segments registering strong gains. Snack and nonalcoholic beverage bars–including coffee, donut and ice cream shops–were among the leading sectors of the economy with a robust 6.4 percent employment gain on a year-to-date basis through May.”

The Mintel report reveals that increasingly, frequent snacking is replacing regular meals for some consumers, and data from Technomic backs this up. “Consumers are about equally split as to whether they eat snacks in addition to three meals a day (49%) or as meal replacements (45%),” Technomic’s researchers recently noted. “In order to maximize traffic and sales for snacking occasions, operators and suppliers can provide a mix of snack offerings ranging from light, small snacks to substantial snacks that will meet different consumer needstates.”

What to offer? Salty snacks are the most popular (followed by sweets), and most of the participants in the Mintel survey (62 percent) revealed that their most powerful motivation to snack isn’t nutrition, but to satisfy a craving, illustrating the important roles of taste and flavor when it comes to your guests’ snacking decisions. Interestingly, cravings are the primary snack-decision driver for older consumers (70 percent in the Mintel research), especially among those aged 55-62.

The snacking habit is particularly ingrained in the lifestyles of Millennials, those currently aged 24 to 38, who are significantly more likely to snack compared to older consumers. Twenty-four percent of Millennials say they snack four or more times per day, and 23 percent are snacking more this year than last year. Millennials are what Mintel calls “emotional” and “functional” snackers: 27 percent of this group admits to snacking out of boredom or stress. They also snack to stay focused throughout the day, with 39 percent saying they snack for energy.

Amanda Topper, food analyst at Mintel says, “Millennials are also more likely than older generations to indicate snacks with added nutrition and flavor variety are important to them. As a result they may be drawn to products with high fiber, energizing claims or protein content to stay satiated, as well as bold flavors to help add variety to their frequent snacking occasions and eliminate boredom.”

If snacks aren’t a part of an operator’s menu, they should be. As the analysts at Technomic wrote, “Consumer dining habits are shifting from eating three square meals a day to grazing on food throughout the day, a change that is elevating the snacking category to a new level.”