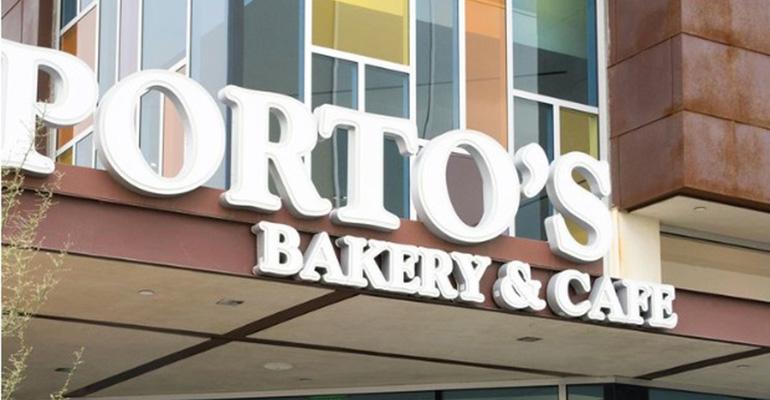 In many local markets, user-review website Yelp has already replaced newspapers and magazines as the go-to source for restaurant rankings and information. Now it’s attempting to do the same on a national scale by releasing a “Top 100 Places to Eat in the U.S.” list.

The big surprise: nearly half of the chosen restaurants are located on the West Coast—43 in California alone—and most are affordable for the Average Joe.

Geography and culinary ambition are two primary differences between Yelp’s list and other organizations that anoint great restaurants. For example, until recently, a high percentage of a year’s James Beard Award winners would often be located within walking distance of the award’s presentation venue in midtown Manhattan. The Top 100 from Opinionated About Dining is more geographically diverse. But its focus, much like Beard’s, is on expensive restaurants where well-known chefs execute complicated dishes.

There’s plenty to love about Beard and Opinionated About Dining, but their approach leaves the vast majority of U.S. restaurants unexamined. Yelp saw this opening and jumped into the rankings game last year. Its list is more wide-ranging than others, particularly when it comes to the price points of the restaurants it ranks.

That’s the result of its methodology. Both Beard and Opinionated About Dining follow an “in with the in crowd” approach. Voting is limited to a small number of food world cognoscenti. In contrast, Yelp tapped its vast reservoir of user-submitted dining reviews to compile its rankings.

One-time standard setter Zagat also crowdsources reviews and relies on a data-driven approach. Its recommendations still carry a lot of weight. But Zagat doesn’t have the depth and reach Yelp now commands. Zagat is down to one printed guidebook—New York City—and gives guidance for 35 U.S. cities on its website.

Zagat did publish a “Top 17 U.S. Food Cities” list last year. The data yielded much-different results than did Yelp’s. Pittsburgh, No. 1. on Zagat’s top city list, has just one restaurant on the Yelp list—Gaucho Parrilla Argentina, ranked No. 36 by Yelp. Not a single restaurant from Zagat’s No. 2 U.S. food city, Baltimore, got a mention on Yelp’s 2016 list.

So which ones did? Yelp’s No. 1 slot went to Porto’s Bakery & Cafe, Burbank, CA. This family-owned business (whose Glendale and Downey, CA, stores qualified separately for the list but were not included under Yelp’s self-imposed rules) was founded in 1960. Porto’s serves Cuban food and has racked up 5,210 reviews on Yelp. We haven’t seen much written about Cuban cuisine as the next hot ethnic food trend (other than our own take), but this restaurant has customers standing in line at multiple locations.

Yelp’s No. 37 finisher, Gen Korean BBQ House, Cerritos, CA, and No. 75, Chama Gaucha Brazilian Steakhouse in Houston, also had second units score high enough to be included in the Top 100, if the Yelp list allowed double-dipping.

To be sure, Yelp’s complete list does include Beard Award winners and frequent top U.S. restaurant designees including Gary Danko (No. 6), Alinea (No. 19), Gramercy Tavern (No. 32), Le Bernardin (No. 34) and The French Laundry (No. 57). But there are plenty of locally loved offbeat places like Portland’s The Waffle Window (No. 93), San Francisco’s The Codmother Fish and Chips (No. 83), L.A.’s El Chato Taco Truck (No. 61) and Gus’s World Famous Hot & Spicy Chicken in Memphis (No. 58).

A restaurant can’t do much better than earning a Michelin star or stars, and winning a Beard Award still ranks as the gold standard in the industry. A lofty Zagat score is a huge plus for business, too. But if you don’t aspire to these levels, Yelp’s list gives any restaurant, no matter how quirky, a chance to earn national acclaim and enjoy the business benefits that result.