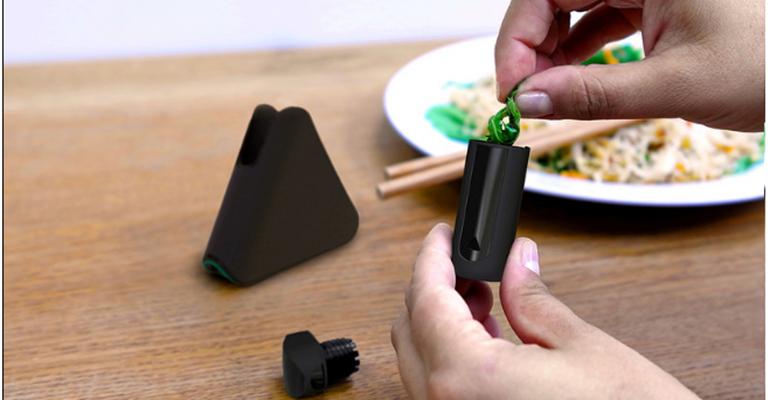 Trust but verify. That’s the idea behind Nima, a portable allergen sensor hailed as a game-changer by members of the gluten-free community. The device enables celiac disease sufferers or otherwise gluten-intolerant customers to perform last-minute tests to ensure their restaurant meals are safe to eat. It’s a godsend from their perspective, but operators could encounter some challenging dining room dynamics when patrons start using Nima sensors next year.

The Nima device is the first product to hit the market from San Francisco-based startup 6SensorLabs. The company produces consumer-level products that will enable the 15,000,000 U.S food allergy sufferers to cheaply and reliably test their food while dining out. It describes the Nima as “extremely accurate in detecting gluten in samples of food at 20 parts per million or higher”—20 ppm being the FDA standard for categorizing an item as gluten-free. It takes two minutes to perform a tabletop test; 6SensorLabs says the results are 99.5 percent accurate. This video shows how it works:

The Nima sensor is scheduled to hit the market by the middle of 2016, and can be preordered now for $199. It sounds like a welcome solution to a serious problem, yet it could be problematic from a restaurant operator’s point of view.
Why? A suspenseful two-minute or longer lag between the time a meal arrives at the table and the time a Nima-using customer deems it fit to eat makes for an awkward service scenario. Any negative test has a shot of ruining the occasion for the Nima user's dining companions, even though they will be happy that user won’t be getting sick. Pass or fail, patrons at nearby tables will be watching closely to see what the heck is going on.

Which may be why 6SensorLabs offers some suggestions about how to smooth the process. Among the recommended procedures for operators:
• “Don’t be offended by a diner using Nima. Nima is not a trap or ‘gotcha’ for chefs, but another precaution for diners who may be affected by food when eating out.”
• “Do provide any samples of dishes or elements of the meal when ordering, if possible. Nima users can than test the sample to see if they would want to eat it before the kitchen goes through the trouble of making an entire meal.”
• “Don’t make a scene if test results show allergens are present. Cross-contamination is complex, and we are all human. Even the most careful staff may unintentionally cross-contaminate in ways they aren’t aware of, despite their best efforts.”

Many full-service restaurants already make it a point to go the extra mile for patrons who have special dietary needs. It will be interesting to see how those restaurants accommodate Nima-users, who will in effect be saying those efforts aren’t enough. A cumbersome third-party verification process, while providing real-time transparency to the patron, may test the outer limits of some restaurants’ hospitality skills.

Especially if the Nima takes off as 6SensorLabs envisions. The target market for the first iteration alone is sizable. It includes people who have medically diagnosed celiac disease, medically diagnosed non-celiac gluten intolerance, a medically diagnosed wheat allergy, and those who fall into the “I just feel better not eating gluten—never been diagnosed” category. The spectrum ranges from those afflicted with a serious autoimmune disorder to those for whom gluten avoidance is a lifestyle choice, i.e., those who follow a paleo diet.

Restaurant patrons are afflicted with other food allergies, too, and 6SensorLabs plans to adapt the Nima to fit their needs. Guests who can’t handle soy, peanuts, tree nuts (other than peanuts) shellfish, milk or eggs may soon pack Nimas of their own when they dine out in restaurants. Use of the device could become widespread over time.

Will restaurants welcome that time? The Center for Food Integrity says customers want restaurants to become more transparent about the food they source and serve.  If you’re serious about addressing this customer preference, Nima is about as transparent as it can get.