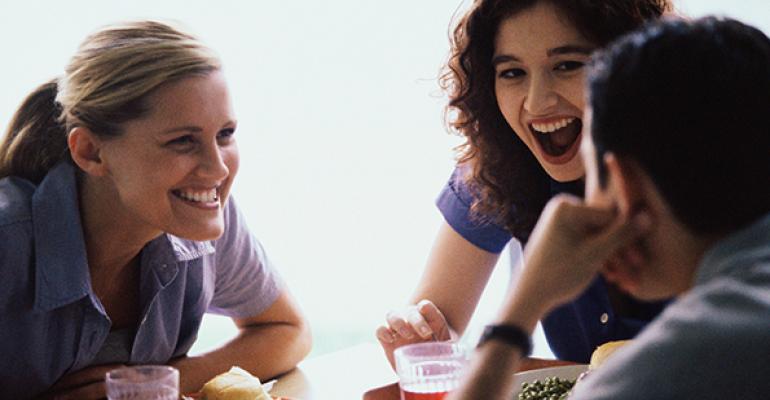 More evidence that restaurant operators can put the economic slump in their review mirror surfaced today from NPD Group.

For the year ending May 2015, industry traffic hit its highest level in six years. That figure, combined with higher average checks, fueled a 3-percent increase in consumer spending at U.S. restaurants and foodservice outlets compared to year ago.

The rising tide is not lifting all boats, though. NPD reported drops in visits at quick-service hamburger chain, midscale/family dining and independent restaurants.

Total foodservice and restaurant visits were flat in the year ending May 2015 compared to a year ago. Quick-service restaurant visits, which includes retail and fast-casual concepts, increased by 1 percent. Casual dining restaurant traffic, which in the prior five years saw declines, held stable. Higher average checks were the primary driver of a 3-percent increase in overall consumer spending during the year ending May 2015 period over a year ago.

Growth in the morning meal/breakfast daypart continued to outpace all other dayparts, with a 4-percent jump in visits at all restaurants and foodservice outlets, reports NPD. Quick-service eateries enjoyed most of the visit gains at breakfast, and although overall visits declined at midscale/family dining restaurants, breakfast traffic for this segment held steady. Lunch and dinner visits were flat overall, and traffic during the PM snack daypart declined by 2 percent.

The sustained upswing in traffic is only one sign that restaurants have fully rebounded from the economic doldrums. But the evidence is mounting:

• Reports from NPD and Technomic indicate that visits from Hispanic diners are increasing in frequency.

• Restaurants are expected to add at least 3.5 percent more jobs for the fourth year in a row, according to the National Restaurant Association.

• “Thanks to increasing wages, the lowest jobless rate since 2008 and improved consumer confidence, Americans feel more comfortable accruing debt and have reverted back to pre-recession spending habits,” a recent Mintel report concluded.