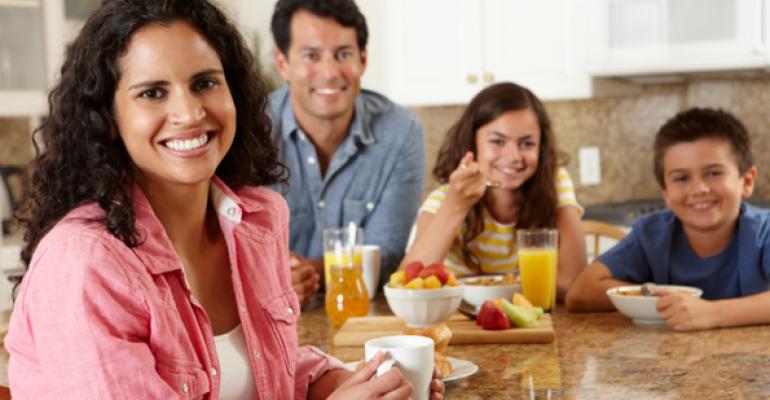 More evidence from foodservice research firm Technomic suggests that if you're not courting Hispanic customers, you should be.

“By 2060, Hispanics are expected to make up nearly 30 percent of the total U.S. population. As this demographic grows, so too will its impact on the foodservice industry,” states Technomic's “Hispanic Foodservice Consumer Trend Report.”

Forty-one percent of Hispanic consumers now say they use foodservice at least twice a week, up from 36 percent in 2013, according to Technomic’s data.

Figures released in April by the NPD Group reveal that the majority of those gains were seen by quick-service restaurants. In 2014, “Hispanics’ per capita visits to QSRs increased by 4 percent compared to a 1 percent decline in visits by non-Hispanics,” wrote authors of NPD’s Crest Hispanic foodservice market research. “U.S. Hispanics use full-service restaurants less than non-Hispanics and their per capita visits to these restaurants dropped by 7 percent compared to non-Hispanics who decreased visits by 1 percent last year.”

Increasing restaurant use among this key group presents opportunities for all types of restaurant and foodservice operators who can cater to the group’s preferences.

"Hispanics prioritize eating meals with family, and they feel strongly that restaurants are an ideal place to spend time with family," says Sara Monnette, senior director of consumer insights for Technomic. "There is a greater opportunity to gain Hispanics' loyalty, as they're visiting foodservice locations, especially coffee shops and family-style concepts, more often than the general population."

Some takeaways for operators from Technomic’s research:

• Word of mouth is important. 46 percent of Hispanic consumers often ask for restaurant recommendations from friends/family, versus 29 percent of the general population.

• The top three Hispanic-style entrees most likely to be ordered by U.S. Hispanics are carne asada (54 percent), burritos (42 percent) and fajitas/tacos (37 percent each).

• Hispanic consumers want more Hispanic foods. Thirty-eight percent say American-style restaurants should offer some Hispanic flavors on the menu, up from 33 percent in 2013.

• Hispanics typically have larger party sizes and more visits with children (40 percent of visits versus 29 percent of non-Hispanics’ visits), which can contribute to higher spending.