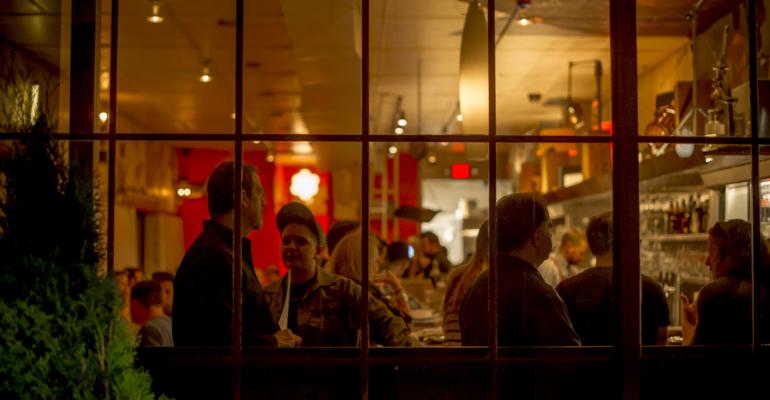 <p>Plenty of new indy restaurants like Mabel Gray, near Detroit, continue to open, but&nbsp;2015 saw a decline in the ranks of full-service independent restaurants.</p>
Trends>Consumer Trends

A just-released study from market research firm The NPD Group reveals that the total U.S. restaurant count decreased slightly (-0.6 percent) from a year ago to 629,488 units. The data comes from the company’s count of U.S. commercial restaurant locations compiled twice yearly. According to the company’s Fall 2015 ReCount (which counted restaurants open as of September 30), a 2 percent decline in independent restaurant units “was the sole contributor to the total restaurant decline.” Chain restaurant units increased by 1 percent over the previous year from 289,726 to 292,943 units.

The 2 percent decline in independent restaurant units took place in both the quick-service and full-service segments—although most of the decrease happened on the full-service side, including casual dining, midscale/family dining, and fine dining, says NPD.

“Most of the full-service unit declines were in the casual and fine dining categories, and in the quick-service segment the sandwich/Mexican-type restaurants had the steepest unit decline,” write the report’s authors. To no one's surprise, the fast-casual category continues to expand, with unit numbers up 5 percent from 18,176 in fall 2014 to 19,043 in fall 2015.

Restaurant count tallies in the top five largest metropolitan areas of New York City, Los Angeles, Chicago, Dallas and Houston were a mix of up and down, reports NPD.

• The New York-Newark-Jersey City area realized the steepest decline with a 6 percent decrease in units, dropping from 48,239 restaurants to 46,793.

“There is still a cautious approach to expansion overall as the restaurant sector continues to recover, but chains are slowly adding on units and the fast-casual quick-service category continues to grow,” says Greg Starzynski, director of product management for NPD Foodservice. “Independent restaurants are historically less stable, not having the same resources as chains to get through more difficult times.”