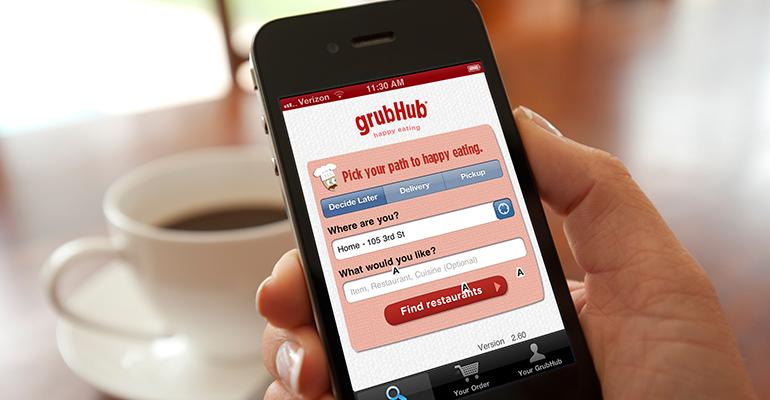 If you haven’t yet partnered with a delivery service, it’s time to do so, according to a recent report from market researcher company The NPD Group. If the group’s “Delivery—A Growth Opportunity On The Horizon” forecast is correct, off-premise foodservice will continue to outpace overall restaurant industry traffic growth over the next decade.

While restaurant delivery is nothing new, it was until recently the purview of pizza places and, in urban markets, small, independent Asian restaurants. Now, of course, foodservice delivery outfits like DoorDash are making it easier for restaurants to meet customers on their own turf.

Besides creating options at home, NPD says these third parties have created another phenomenon. “Consumers are now accustomed to ordering goods online and having them delivered to their door quickly,” write the study’s authors.

Delivery services such as Eat24, Grub Hub and Seamless continue to roll out in some smaller markets, while UberEATS and Amazon Prime Now restaurant delivery are making significant headway nationally. As these operations expand, delivery will continue to see significant growth and even outpace regular restaurant traffic growth.

How much has the demand for delivery risen?  Delivery traffic, outside of pizza, has increased 33 percent since 2012. Much of this gain seems to be at the expense of traditional quick-service pizza delivery, which decreased three percent over the same period, according to NPD.

“Consumers want the ‘dining out’ experience of quality food, but they’re saving money and time by having food delivered to their homes,” says Bonnie Riggs, NPD’s restaurant industry analyst. “Similar to the consumer value online direct-to-door shopping fulfills, there is the appeal of being in the comfort of their own homes, and not having to deal with the ‘hassle’ of the outside world.”

Another (albeit minor) disruptor to the traditional restaurant paradigm is in-home meal kits, which deliver the fresh ingredients for consumers to cook at home. While such products are growing in popularity, particularly in urban areas, they are “not nearly as mainstreamed as foodservice meals,” according to NPD.