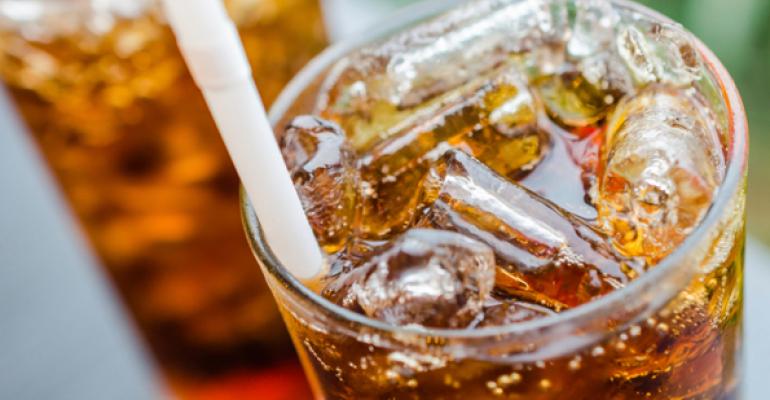 On its surface, the 571-page report issued last week by the 2015 Dietary Guidelines Advisory Committee seems benign from the restaurant operator’s point of view. Its analysis: a plant-based diet is the cure for nation’s nutritional woes. Fair enough, but one suggested initiative could deal a major blow to the profitability of many U.S. restaurants.

The committee that wrote this report—a mix of 14 PhDs and MDs from prestigious universities—doesn’t determine the final guidelines. That’s the job of the U.S. Department of Health and Human Services and the U.S. Department of Agriculture. These two agencies will jointly publish the 2015 edition of the Dietary Guidelines for Americans later this year. But you can bet the final product will contain many of the recommendations the advisory committee included in its report.

“The major findings regarding sustainable diets were that a diet higher in plant-based foods, such as vegetables, fruits, whole grains, legumes, nuts, and seeds, and lower in calories and animal-based foods is more health promoting and is associated with less environmental impact than is the current U.S. diet,” the committee’s report says.

But there’s another change this committee is recommending, and it’s not directly related to food consumption.

The U.S. government has been telling its citizens what to eat since 1940. Past efforts like the Food Pyramid and the current MyPlate guidelines have, unfortunately, negatively correlated with an obesity epidemic of historic proportions.

What do to when information alone won’t get the job done? The committee suggests the government simply tax certain foods to curb their consumption. The problem: Some of these bad-for-you foods also happen to be the most profitable items restaurants sell—soda and desserts.

Here is how the report broaches the taxation issue. The scientific panel says the goal should be to “align nutritional and agricultural policies with Dietary Guidelines recommendations and make broad policy changes to transform the food system so as to promote population health, including the use of economic and taxing policies to encourage the production and consumption of healthy foods and to reduce unhealthy foods,” the report reads.

Committee members have even decided how revenue from this new tax should be spent. They want a kill-two-birds-with-one-stone approach. The government should “earmark tax revenues from sugar-sweetened beverages, snack foods and desserts high in calories, added sugars, or sodium, and other less healthy foods for nutrition education initiatives and obesity prevention programs.”

This recommendation struck a nerve in several corners of the food world. Two issues quickly emerged. Should nutritional experts be recommending economic policy in the first place? And, by the way, where are the studies showing that taxation will produce the desired effect.

The American Beverage Association’s response: “The committee does not have the authority to make such recommendations, nor the scientific evidence or expertise to back up its recommendation.”

Restaurant operators can take heart that the National Restaurant Association will weigh in on their behalf during the public comment period.

“We have been actively involved in submitting numerous sets of comments on behalf of our members. Upon reviewing the scientific report, we will be submitting additional written comments. We know dietary guidance works best when it educates Americans to focus on balance, variety and moderation.”

The comment period for the Scientific Report of the Dietary Guidelines Advisory Committee ends April 8, 2015. A public meeting will be held on March 24, 2015 in Bethesda, MD to receive oral comments. The event will be covered in a live webcast.

In the meantime, cross your fingers that individuals who were once dubbed the “food police” don’t end up setting tax policy that effects your restaurant’s bottom line.