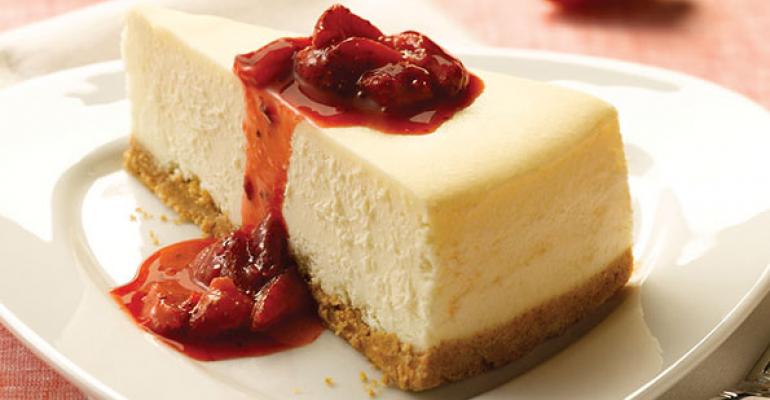 Passing on dessert? You’re missing out

More&nbsp;analysis and insights on the latest consumer trends

If you’re getting your fill of business on appetizers and entrees and then taking a pass on dessert, you may be missing out on a sweet revenue stream.

Restaurants often overlook the after-dinner indulgence, offering the standard frozen fare or opting out of the game altogether. While small plates and portion control may be all the rage, multiple studies show dessert has not become an afterthought. Instead, just the opposite: Diners are using smaller dishes as an excuse to tack on dessert, spending and eating just as much.

One study commissioned by the Cheesecake Factory Bakery of 500 consumers shows nearly one-third (31 percent) of respondents think about dessert before they order the main course because they want to save room for it.

Further, 15 percent of survey respondents (and twice as many men as women) say they choose a restaurant that offers a dessert they crave.

While diners may be opting for the charcuterie rather than the NY strip, they’re stockpiling those extra calories to spend on a decadent finale to their meal. 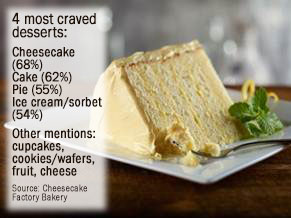 An earlier study that appeared in the The Journal of Consumer Research looked at healthy eating habits and suggested “low-calorie counts and health claims at fast-food restaurants have ‘a halo effect’ that causes diners to underestimate the calories in main dishes and choose higher-calorie side dishes, drinks or desserts.”

Over the past few years, many restaurants have acted on research showing Americans wanted smaller portion sizes and trimmed down their plus-sized entrees. Meanwhile, diners' total check averages stayed about the same, meaning they were tacking on upgrades like appetizers, alcohol or—most likely--desserts.

In fact, a 2013 Technomic study showed more diners are eating dessert items during both midmorning and midafternoon hours as both snacks and after meals.

Technomic’s 2013 Dessert Consumer Trend Report surmised that dessert consumption is on the rise. Findings include:

"Desserts are functioning as snacks and even meal replacements,” Darren Tristano, executive v.p. of Technomic, wrote in the report. “Operators will need to look at flavors, portion sizes and evolving needs to satisfy a broad range of consumers' dessert expectations and preferences."

Some examples of restaurants that are savoring dessert revenues till the last drop:

• Del Frisco’s Double Eagle Steak House, with about a dozen locations, features a Lemon Doberge—a six-layer confection made from scratch daily and frosted with three different icings that include lemon-butter cream and lemon glaze.

• Veggies move to the back of the menu at a handful of restaurants, including beetroot ice cream at Sweet Rose Creamery in Santa Monica, CA; sweet asparagus beignets laced with almonds with green asparagus ice cream, poppy seed crunch and violet syrup at the Belga Cafe in Washington, D.C.; and brown butter financier with a sauce of English peas alongside carrot sorbet and carrot marmalade at Eponymous in Vail, CO.