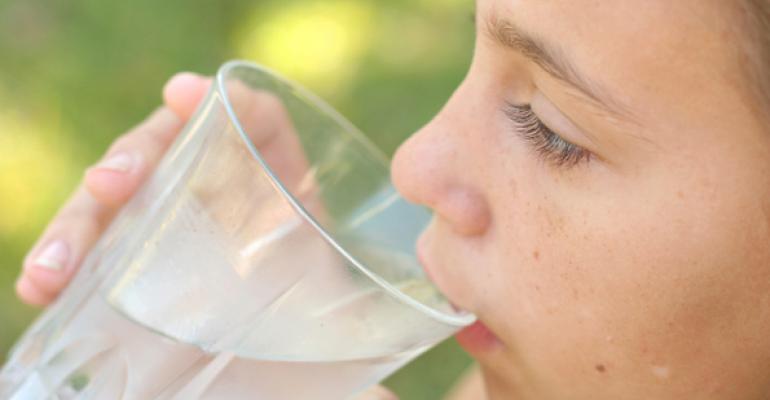 NPD: Kids less thirsty for water than their parents

Adults may like their water, but kids thirst for something else, according to NPD research that tracks beverage consumption by daypart. But that may shift if a White House campaign encouraging a switch to water is effective.

Many adult consumers begin their day with a cup of coffee, but switch over to water later in the day. Starting with the snack occasion that occurs between breakfast and lunch, water (both tap/filtered and bottled) represents 46 percent of consumption. Tap/filtered or bottled water is the top beverage at lunch and dinner, too, closely followed by soft drinks.

Children, on the other hand, are less likely to consume water, reports NPD. Tap/filtered water’s share of the total is 26 percent at all meals, but it accounts for only 21 percent among kids. 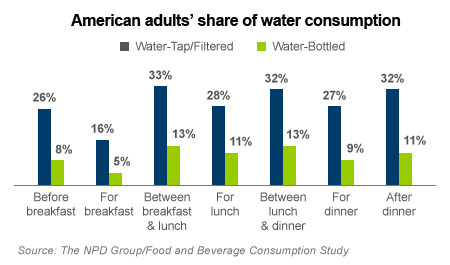 One of the reasons for the gap between adults and children is that the latter are drinking more milk during their meals. Teenagers prefer regular carbonated soft drinks in their meals—soft drinks’ share is 14 percent during all teen meals compared to 8 percent for all individuals. At between-meal times kids are very likely to have fruit-type drinks.

Those statistics help to explain a new campaign First Lady Michelle Obama launched that encourages kids to drink more water. In launching her campaign, the First Lady referred to water as “the first and best energy drink.”

“Before this recent push to drink water, First Lady Michelle Obama focused on getting children to move more and burn more calories, and now the focus has shifted to avoiding some calories in the first place,” says Darren Seifer, NPD’s food and beverage industry analyst. “Beverage companies and retailers can step up and support the effort by promoting the health benefits of drinking water and beverages with little or zero calories to parents and kids.”