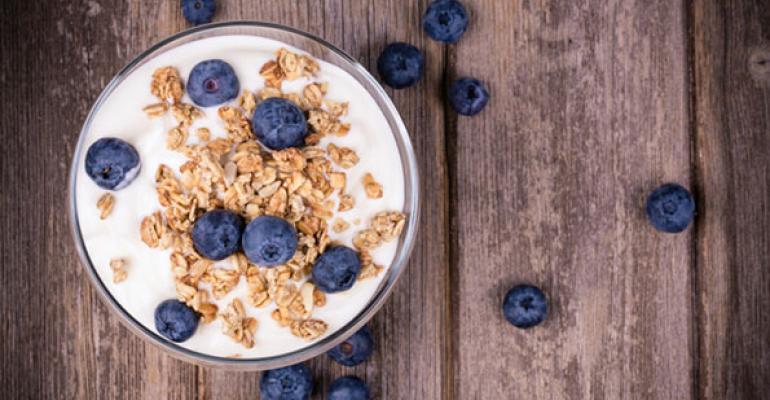 Trend trackers from all corners of the food world have made predictions about what and where people will eat in 2015, and we’re sharing a list that adds a mindful-eating perspective to that conversation later in this article. But first let’s check in with NPD Group food guru Harry Balzer for insight into how American eating habits have actually changed during the past decade.

Trend predictors make educated guesses about what will happen in the future. Balzer looks into the very near past, tapping into NPD’s vast ocean of proprietary data to produce a perspective unlike any other. His latest findings suggest that no matter how hip or trendy a particular food item might be, a key factor in its success will be how easily consumers can prepare or acquire it.

Looking back over the past 10 years, “The real ‘Foods of the Decade’ are not hummus, quinoa, nor kale, and not even sriracha,” says Balzer, v.p. of The NPD Group and author of its 29th annual Eating Patterns in America Report. “The real foods and beverages of the decade are those that have increased the most in the American diet.”

NPD’s "Top Ten Foods/Beverages that are Part of More American Diets” tracks changes in the percentage of Americans consuming a food item at least once in two weeks. Both in-home and away-from-home consumption are included in these figures. 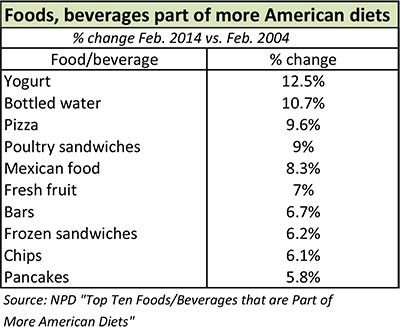 The common denominator: convenience. Even though the past decade brought economic hardship to many U.S. consumers, they were still willing to pay for convenience when it came to food.

“You can see how Americans are making their lives easier, despite the economic limits, by looking at the foods and beverages that have become a part of more American diets,” Balzer argues. “What’s the real preparation to consume these 10 items ... a spoon for the yogurt and maybe a fork and knife for the pancakes?

“We are still leaving the cooking to others,” he adds. “With restaurant visits down, the manufacturers of our foods are filling more of that need.”

That’s one reason restaurant operators need to think about how friction-free their takeout and delivery programs are from the customer’s perspective. Yes, you want to serve on-trend foods. But your restaurant better be easy to deal with, too.

A new study from the Culinary Visions Panel (CVP) seconds this conclusion. The Chicago-based research and forecasting firm, a division of Olson Communications, queried 1,200 consumers about the ethical choices that impact their decisions when dining out or purchasing food away from home. One takeaway: even for those who engage in mindful dining, convenience is king.

“Diners' expectations for food taste and quality continue to grow,” the study concludes.”Yet, in today's fast-paced society, the convenience factor has become just as important. Consequently, consumers say they are most likely to seek out quick-service restaurants more often than casual or quick-casual establishments. These time-starved consumers are looking for fast and affordable options when on the go.”

How can full-service operators capture more of this convenience-orientated clientele? One way could be to pay attention to how they describe their offerings on their menus. 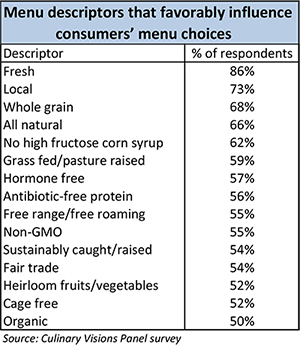 “In the year ahead, the mindful dining movement will continue to grow, as consumers seek out restaurants that mirror their values and adhere to their high standards,” CVP predicts. “Diner decisions will continue to be dictated by value and convenience, along with a menu that includes high-quality, responsibly-produced food items, and topped off with exemplary customer service.”

Following this formula should help every operator do better in 2015.