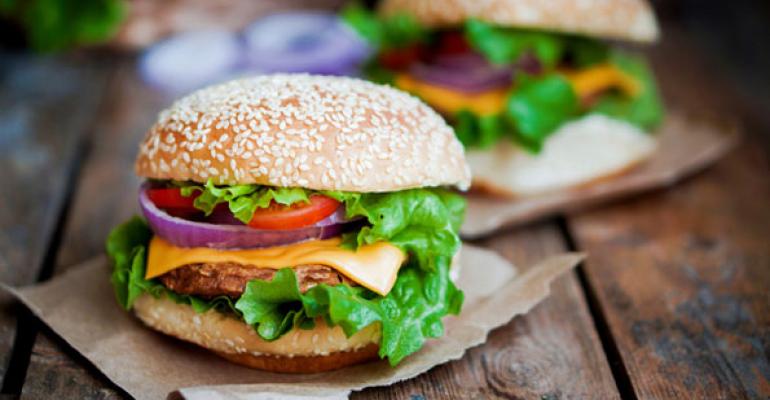 Menu Moves: Burgers give a boost to casual restaurants

If your casual restaurant menu is lacking at least one burger option, some recent statistics might convince you to rethink that strategy.

The first set of figures comes from Datassential, which tracks menu trends. The firm says almost one out of four Americans has a burger on any given day. Specifically, more than three out of four have had a burger during the past week, and 23 percent have enjoyed one in the past 24 hours.

And they aren’t flipping those burgers at home; the majority of burgers sold are ordered from restaurants, thanks to speed and ease of purchase (i.e., drive-thru windows at quick-service chains).

What do consumers want from their burgers? Great meat is one of the top requirements. Not surprisingly, beef burgers rule, but options such as turkey and vegetarian patties are growing. And many restaurants are layering pulled pork, brisket, prosciutto and other proteins on burgers to create signature versions.

The Datassential report, which merged data from some 7,000 menus with the opinions and behaviors of more than 1,000 consumers and operator insights, also noted that demand for customization is driving consumers away from chains offering conventional burgers toward the likes of Five Guys, Meatheads, Smashburger and Shake Shacks.

The second source of evidence supporting the dominant role of burgers comes from The NPD Group, which says burgers are saving the bacon of many casual restaurants. “Burgers have helped casual dining restaurants increase lunch visits by closing the price gap with quick-service restaurants,” the firm’s Checkout Tracking analysis shows.

Here's the math: Casual restaurants typically include fries in the price of a hamburger, but operators in the growing fast-casual field do not. A burger from a casual full-service spot weighs in at $9.02; at a fast-casual eatery it runs around $5.62. But at the latter, fries run around 2.89. So the difference is negligible.

“Also compensating for the slightly higher burger price at casual dining restaurants is that consumers are factoring in the value of a full-service sit-down lunch meal,” NPD notes. In other words, the friendly server, the real plates and flatware, the leisurely atmosphere, etc.

Casual full-service restaurant operators apparently have figured this out and grabbed the opportunity, too. NPD figures that “burger servings ordered” at casual dining rose 3 percent during the year ending in June. It could be a coincidence, but lunch traffic for the segment during the same time rose 2 percent, the first sign of growth in five years.

“It is an effective strategy on the part of casual dining and other full-service restaurants to menu more burger items,” says NPD industry analyst Bonnie Riggs. “Successful casual dining operators offer burgers that meet the tastes of their customers and are priced competitively. As a result, they gain lunch visitors.”