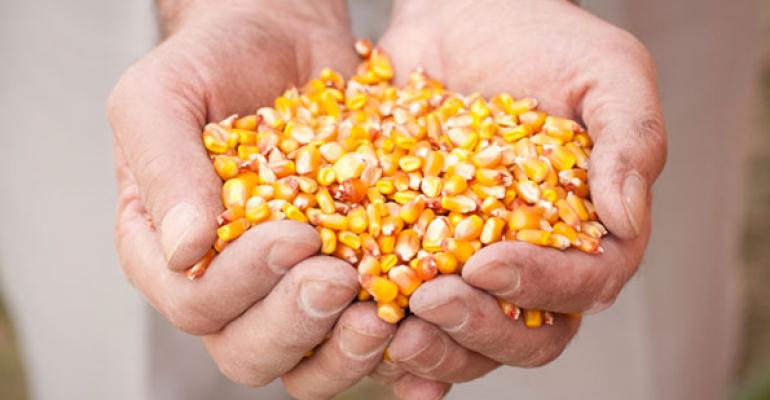 Menu moves: Be prepared to answer questions about GMOs

Here’s what we know about genetically modified organisms as it relates to food and the effect on human health: little to nothing.

GMOs—which most often involve a seed manufacturer making their seeds genetically resistant to a certain type of weed-killer—are a polarizing topic, with much debate over whether they’re harmful or not. There is no science that proves that GMO crops are bad for consumption, but there is nothing to confirm that they're safe either. But that doesn’t stop your guests from speculating, and more consumers are becoming aware of the practice and asking restaurants about their use.

Today, more than half of U.S. consumers express some level of concern about genetically modified organisms, according to a study by the NPD Group. But when asked to describe GMOs, many consumers are unclear, the company says.

When NPD asked consumers to tell, in their own words, what the term GMOs means, the answers were diverse. Common words used to describe GMOs from consumers were “genetically altered,” “not natural,” and many consumers say “don’t know.” Forty-four percent of consumers said GMOs have some kind of benefit, yet at the same time, a higher percentage has some level of concern.

Whether they’re harmful or not, some restaurants are removing speculation by eliminating GMOs entirely. Chipotle Mexican Grill Inc. became the first national restaurant chain to do so by removing all genetically modified ingredients from menu items served at U.S. locations. McDonald’s and Chick-fil-A have pledged to eliminate human antibiotics from their chicken supplies, and both Pizza Hut and Taco Bell said they would remove artificial flavors and colors from most menu items by July.

“There is a lot of debate about genetically modified foods,” said Steve Ells, Chipotle’s founder and chairman. “Though many countries have already restricted or banned the use of GMO crops, it’s clear that a lot of research is still needed before we can truly understand all the implications of widespread GMO cultivation and consumption. While that debate continues, we decided to move to non-GMO ingredients.”

Immediate reaction proved it was the right move to make. Green America, a national nonprofit organization working to create a green economy, was just one organization that applauded the move, issuing a statement that said it was a major step forward for Chipotle and “an important milestone in creating a safer and healthier food system for all Americans.

“Increasingly, it is clear that consumers want food without genetically engineered ingredients, and have already rewarded Chipotle with increased sales for its growing non-GMO commitments,” the organization said. “Evidence shows that GMOs are increasing the use of toxic herbicide use due to the development of herbicide-resistant weeds. … It is time for the restaurant industry and other food companies to make a change.”

But to others, the idea is ludicrous. During a panel discussion at the recent National Restaurant Association conference, Gregory Jaffe of the Center for Science in the Public Interest came out in defense of GMOs. Jaffe, director of the CSPI's Project on Biotechnology, pointed out that only eight crops on the market are genetically modified: corn, soybeans, cotton, sugar beets, canola, alfalfa, papaya and squash. He said most of the GMOs appear in animal feed or processed ingredients in which the protein (the part that’s genetically modified) is removed anyway.

During the same discussion, Nancy Kavazanjian, United Soybean Board farmer-director who grows soy and corn in Wisconsin on a multi-generational family farm, said farmers choose to grow genetically modified crops because they want to produce nutritious food for a hungry world in a way that’s environmentally sustainable. Herbicide-resistant soybeans allow for use of less toxic chemicals and require fewer sprayings than non-genetically engineered soybeans, she said.

Rick Wolff, a culinary consultant, said consumer benefits (including nuts that do not trigger allergic reactions and vegetables that are more resistant to disease) are greatly increasing acceptability of GMOs among consumers.

All agree that it comes down to education.

During an annual McDonald’s shareholder meeting, the National Center for Public Policy Research urged the burger chain to educate consumers about the safety and benefits of GMOs, suggesting that restaurant chains staying mum on the topic is contributing to the fear factor.

The government, specifically the U.S. Department of Agriculture, is taking action. If something is labeled "organic" by the USDA, that means it has no GMO crops. But adversaries claim the USDA’s next steps—allowing “USDA Process Verified” to be added to a product’s non-GMO label—is simply a moneymaking pay-to-play move.

“The label is a first for the government, and may or may not help resolve the ongoing debate over the safety of GMO foods or their impact on the environment,” according to a statement from Steven Hoffman of Compass Natural Marketing. “Many foods that bear the non-GMO verified label are not organic, meaning that toxic, synthetic pesticides are still used to grow these crops.”

No matter which side of the fence you sit, it’s imperative that you can assure your guests that the food you are serving is safe. Being educated on the topic and being able to speak with guests honestly about GMOs is a huge step in the right direction.