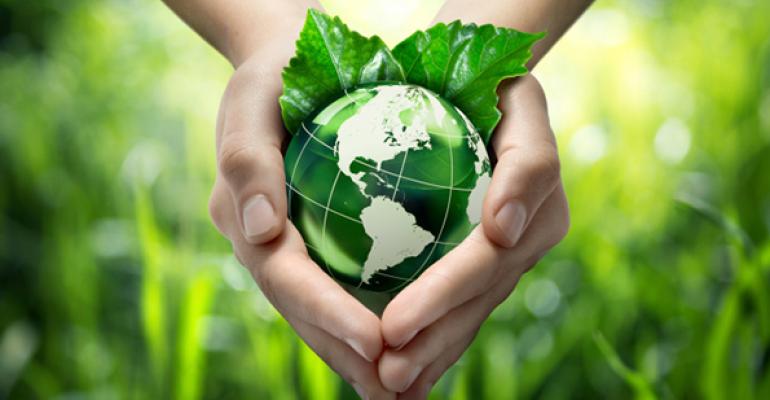 How do your sustainability practices match up?

A substantial number of restaurant operators are implementing sustainability best practices into their businesses, according to new research from the National Restaurant Association.

The survey of 1,000 full-service and quick-service operators found that nearly three quarters of operators recycled used fryer oil, fats and grease. More than six in 10 recycled their cardboard and paper, used compact fluorescent lighting and bought products made of recycled materials. About three in 10 installed faucet aerators to conserve water.

Retro diner chain Johnny Rockets is going big with its new brand extension effort. It consists of a new umbrella concept—Johnny Rockets Route 66—that will be adapted to fit four different types of restaurants.

The proposed new lineup includes:
• Johnny Rockets Route 66 drive-thrus, ticketed for high-volume regional travel plaza locations.They’ll serve breakfast.
• A deal with USA Drive-Ins, an organization that intends to open 200 new drive-in movie theaters nationwide. Johnny Rockets Route 66 will be the food and beverage option at these drive-ins.
• Johnny Rockets Route 66 food trucks, to be used as standalone units for current Johnny Rockets franchisees and also as part of a “pop-up theatre ... that allows owners to create a dinner and movie combination in myriad of venues throughout the country.”

These moves are designed to get Johnny Rockets into market niches where its 325-store full-service casual dining flagship concept doesn’t fit. However, the company isn’t abandoning its proven formula of made-to-order burgers, handspun shakes and dancing servers. It plans to have more than 400 of these stores open by the end of 2015.

Join the club if click-through rates and other key metrics for your restaurant’s promotional emails show diminishing returns over time. Simply sending more emails doesn’t produce more engagement among recipients, according to a report from digital marketing technology firm IgnitionOne.

In fact, repetitive email blasts tend to be counterproductive. “The more emails that are sent over time, the less likely customers are to engage with email from a brand in the future,” the report's author says.

So what should email-reliant restaurant marketers do? IgnitionOne says to follow this formula: “Delivering relevant messaging (versus general offers) to the appropriate person (identifiable by profile data) at the right time (based on things such as historic and/or algorithmic data) translates to less email sent, with those fewer sends proving to be more effective.”

Foot traffic may be slow in the casual dining segment, but that’s not stopping Dave & Buster’s from attempting to go public. The restaurant/entertainment complex chain has filed a $100 million IPO—its second try in the last two years, according to Forbes.

Many operators stand in awe of this 69-unit chain. Founded in 1982, it’s been a long time since Dave & Buster’s was the hot new concept on restaurant row. It takes nonstop marketing to keep customers coming in to eat, drink and play at the company’s large-format (40,000 to 70,000 square feet) venues. But come they do: average unit volume tops $10.1 million. A slight majority of overall revenue comes from the “Million-Dollar Midway” arcade amusement area, but as its current television ads illustrate, Dave & Buster’s wants to attract more sports bar customers to boost revenue on the the food and beverage side of its business.

Want to reproduce signature vegetable dishes from the industry’s most-honored chefs and restaurants? The James Beard Foundation has an app for that.

You’ll need an iPhone to use this app right now; iPad and Android versions are in the works. The app is free to JBF members. Nonmembers see five recipes for free and can upgrade to full access for $3.99.