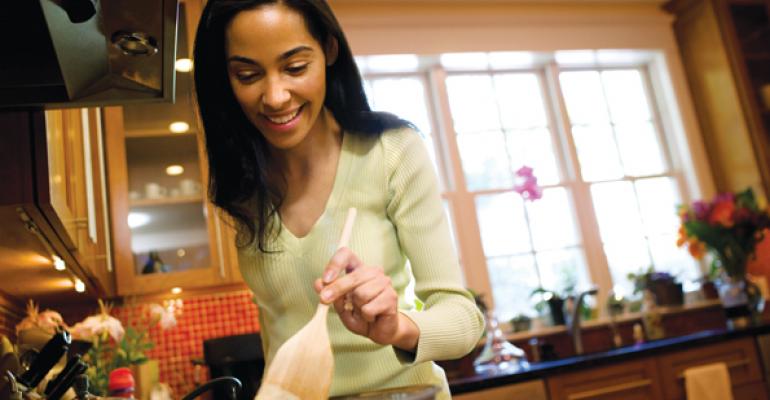 The week brought a mix of marginally good and bad news for full-service restaurants.

First, the good news: Signs indicate the trend toward eating more meals at home has leveled off, according to NPD Group. At least that’s what the research firm is concluding from data showing that Americans prepared about 80 percent of their meals at home in November 2013—the same as in November 2012. The home-cooking trend had been creeping up every year before that, beginning with the 2008 global recession.

"We cook a lot, but we don't want to do it any more than we're already doing. We want to do it less," NPD chief industry analyst Harry Balzer told USA Today.

Balzer also suspects that warmer temperatures will push more people into restaurants, a welcome development after a brutal winter for most of the U.S. In a recent study, 43 percent of respondents told NCR that bad weather had an impact on their dining plans this winter, with fully one-third of U.S. consumers reporting they had cancelled or rescheduled dining plans during the last three months.

A not-so-welcome development, on the other hand, is a weaker adult beverage category. According to Technomic, on-premise beverage alcohol sales dropped 1.3 percent in 2013. Retail sales took less of a hit, shrinking 0.7 percent.

“Consumers pulled back on drink occasions at restaurants and bars,” says David Henkes, a v.p. at Technomic. “Wine and spirits were essentially flat on-premise, while beer declined. That said, there were categories and segments that did well on-premise, thanks to creative presentations and programs, and on-trend flavors and formats.”

“These adult beverage categories, driven by unique and often food-friendly flavor profiles, are really relevant to today’s consumer,” Schmidt says. “In the hands of the right bartender and promoted properly, these products can deliver on both experience and value.”

What Millennials crave from restaurants: The latest word
Mar 10, 2014
Restaurant guests getting tightfisted about tips
Mar 17, 2014