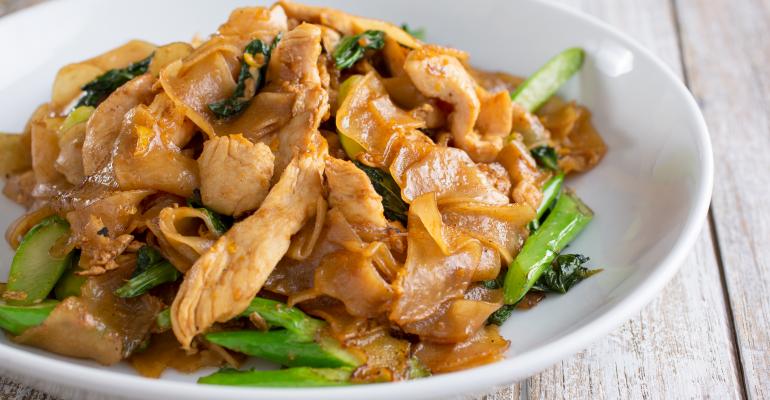 Pad see ew is a popular Thai stir-fried noodle dish, frequently sold by street food vendors in Thailand and in Thai restaurants around the world.

Known for its simplicity and variability, it’s gaining in popularity in the United States as more consumers experiment with global flavors. The dish consists of wide rice noodles finished with a sweetened soy sauce-based sauce that caramelizes in the wok, accompanied by a wide array of different vegetables and proteins.

Market research firm Datassential reports that 17% of the population knows about pad see ew but only 10% have tried it with awareness being highest among Asian and vegetarian/vegan consumers.

Click through the gallery to learn more about this Flavor of the Week and see how one restaurant is using pad see ew on its menu.