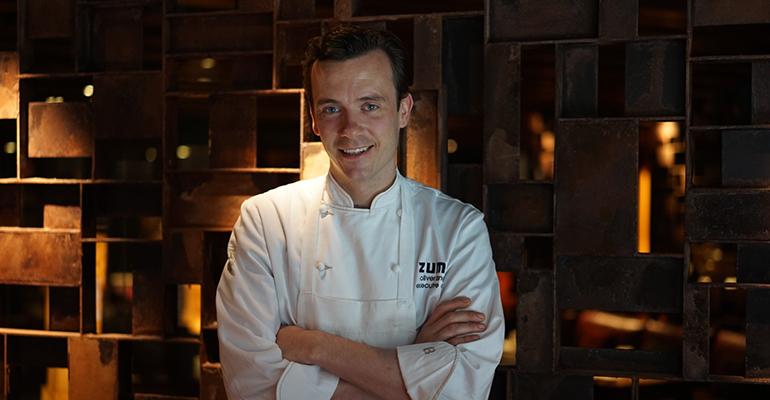 Lange joined Zuma, an upscale Japanese restaurant, at its flagship London location in January 2015. He will oversee the menu at the chain’s locations in New York City, Miami and Las Vegas.

He moved to New York in September 2015 to be executive chef of the Zuma location there. In January 2017, he helped open the Las Vegas location in the Cosmopolitan hotel.

Lange was born in Berlin and developed an early interest in Japanese cuisine, having visited Tokyo, Osaka, Kyoto and Nara.

In 2009 he won the German cooking show “Restaurant sucht Chef.” The following year, he joined Zenzakan Pan Asian Supperclub in Frankfurt, where his work was named “Best Innovative and Creative Sushi” in Germany’s 2011 Michelin guide.

Lange moved to London in 2013 to open The Magazine at the Serpentine Sackler Gallery.

He was named Zuma London’s head chef in April 2015, four months after joining the company.