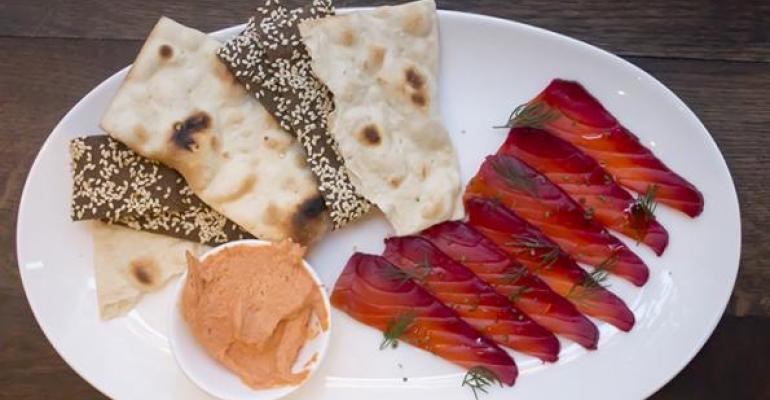 The historic Heathman Hotel in Portland moved into a new era of dining with the opening on Oct. 14 of Vitaly Paley's latest restaurant, Headwaters.

Located next to the city's symphony and performing arts center, the hotel, built in 1927, was once known for its Heathman Restaurant, which officially closed in the spring. In recent years it had been operated by McCormick & Schmick's, which was later acquired by Landry’s Restaurants.

After months of remodeling, however, Paley, his wife Kim Paley and partner Garrett Peck have completely redesigned the restaurant as Headwaters, a concept that will showcase Pacific Northwest cuisine at its best.

For Paley, who is collaborating with executive chef Ken Norris, that means seafood and cooking in a large hearth out of the restaurant’s open kitchen. 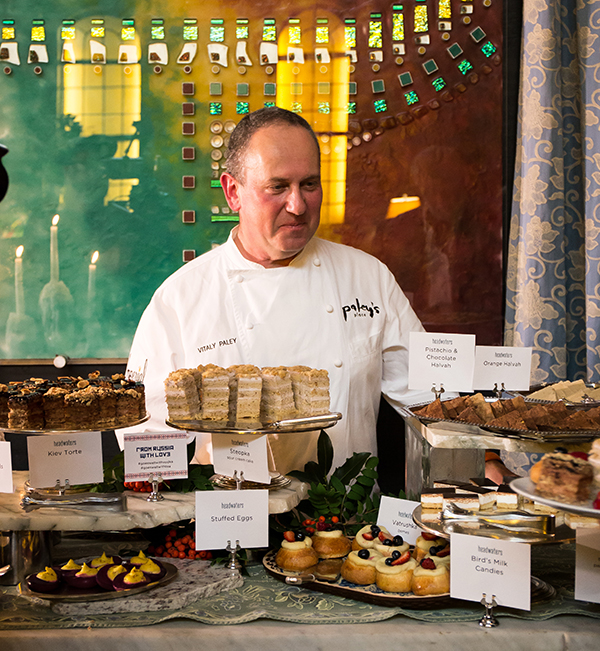 The menu, for example, will include a Sea Bar with oysters, ceviches and dishes like geoduck with preserved lemon or diver scallops in truffle vinaigrette with shaved foie gras.

Paley says he plans to roast lobsters, whole fish or bake oysters in the brick oven, but there will also be a lineup of smoked and kippered options, from sturgeon "pastrami" to kippered salmon.

One menu section will focus on "seafood according to the French," with black cod en papillote with ratatouille and saffron vin blanc sauce; or petrale sole bonne femme with mushroom duxelles and sea urchin beurre fondue.

The beverage program, led by Brandy Feit, will bring playful cocktails like the Late for Dinner with Dickel Rye whiskey infused with duck confit, spiced orange tea syrup and bitters served over a big cube; or the autumnal Sweater Puppies, made with Starka, Calvados, Cardamaro and apple butter. The wine list, not surprisingly, will focus on Oregon producers.

Later in November, Paley will also relaunch the hotel's tradition of serving tea in the lobby. But the chef plans to bring Russian tea traditions to life with sweet and savory dishes and samovar service. Some of the tea pots used will be from his mother’s collection.

Paley said he also planned to touch on his Russian roots, with dishes like a khachapuri, which is like bread shaped like a boat and stuffed with cheese and egg and baked.

A week or so before the opening, Paley said he was feeling the weight of the responsibility for reinventing an iconic dining spot where so many residents have memories of celebrating special occasions over the years.

"When I came to Portland 20 years ago, I remember sitting in the dining room and I saw the chef then, Philippe Boulet, and I said, 'Man, one of these days I’ll be wearing chef whites in this town,'" Paley recalls.

Like Boulet, Paley is now a James Beard Award winner, taking the Best Chef Pacific Northwest award in 2005. He was also a semifinalist in 2012 and 2013 for Outstanding Chef by the foundation.

Paley's other concepts include Paley's Place Bistro & Bar, and the Imperial with the Portland Penny Diner next door.

With Headwaters, the chef hopes to bring new life to The Heathman Hotel.

"I like to think we build things to stand the test of time," Paley says. "But it will be modern enough for new diners to create new memories."