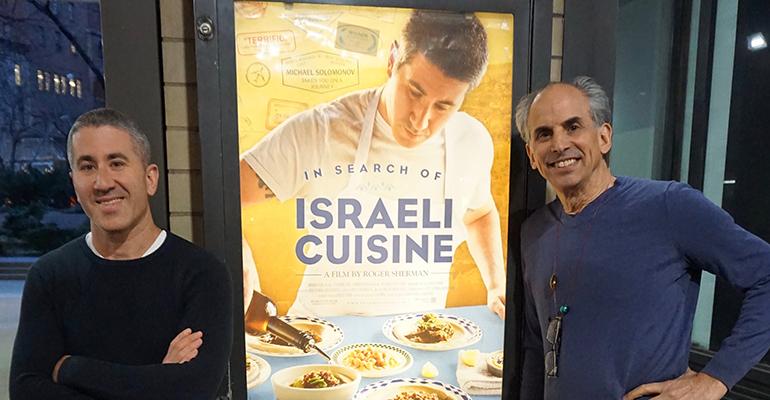 Coming soon to a theater near you is a new documentary that explores the evolution of Israeli cuisine, hosted by chef and restaurateur Michael Solomonov.

“In Search of Israeli Cuisine,” a film by Roger Sherman, co-founder of Florentine Films, debuted in New York on March 24. The film attempts to capture the rich culinary scene in Israel, with its multitude of immigrant influences, and flavors that bridge political and religious divides. “The place is misunderstood,” said Solomonov, who is Israeli-American. “This film gives an accurate depiction of Israel through the food.”

Solomonov is known for his take on Israeli cuisine at the restaurant Zahav in Philadelphia. He is also an owner of the restaurants Dizengoff, Abe Fisher, the four-unit Federal Donuts chain and Rooster Soup Co., all under the group CookNSolo. Meir Adoni at his Mizlala restaurant in Tel Aviv. He also owns the upscale Catit and kosher Blue Sky.

He also has a new Israeli concept coming, but he’s not ready to disclose details.

Solomonov is a finalist in this year’s James Beard Foundation Awards for outstanding chef.

The documentary is scheduled to run in more than 20 cities nationwide.