/sites/all/themes/penton_subtheme_restaurant_hospitality/images/logos/footer.png
Recent
Recent
Flavor of the Week: Rhubarb – the fruity vegetable of spring
Apr 19, 2021
New on the Menu: A morel grilled cheese sandwich and steak with pea leaf croutons
Apr 16, 2021
Here’s where operators will be able to apply for Restaurant Revitalization Fund grants
Apr 14, 2021
Three approaches to plant-forward food
Apr 13, 2021
Flavor of the Week: Fiddlehead Fern – the eye-catching vegetable
Apr 12, 2021
Featured
Chefs on the Move: Sushi Ginza Onodera in New York has a new leader, and the latest jobs for Eli Kaimeh and Kwame Onwuachi
Mar 31, 2021
New on the Menu: Cinnamon Toast Crunch Shrimp and cheddar-stuffed quail
Apr 02, 2021
How one woman is leading an innovative sushi team in Austin
Apr 02, 2021
5 Things: Biden signs PPP extension, Momofuku closes another concept
Apr 05, 2021
In The Kitchen with Bret Thorn
brought to you by 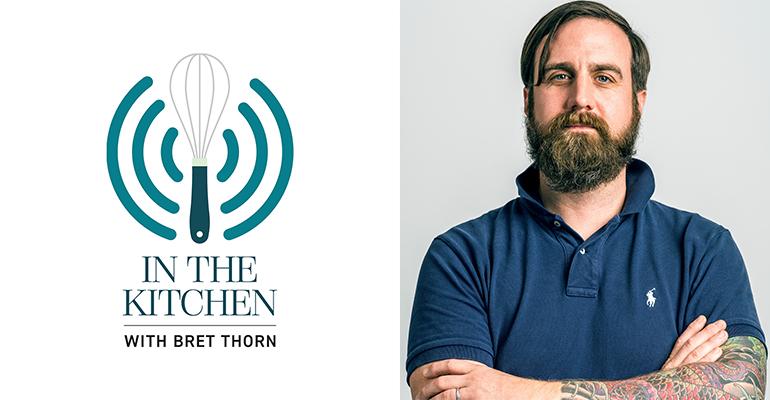 Chef Michael Lewis of Scotch and Bacon joins the podcast this week.
People>Chefs

With a new multiconcept restaurant company to run, he still works like a chef

Michael Lewis has spent most of his career working in one kitchen at a time. The native of Baltimore got his start in some of the finest New York City kitchens, including Le Bernardin, Bouley Bakery and Jean Georges, but he also has worked at larger concepts such as the London-based big-box Japanese chain Zuma.

He gained foodies’ attention as the executive chef of Kyu in Miami, where he combined the barbecue traditions of central Texas and East Asia.

He recently parted ways with that particular Kyu, but he’s still involved with the one in Mexico City which is part of his new company, Scotch and Bacon, which also operates a fried-chicken concept called Chicken, a fast-casual breakfast concept called Laid Fresh and a ramen bar and izakaya called Buya.

He and business partner Steven Haigh are working on developing all of those concepts, exploring options for them both as delivery-only operations and traditional brick-and-mortar spaces.

“Restaurants are 100% coming back. You can’t get away from people’s craving for social interaction, and sharing a meal together — there’s something very special about that,” he said.

In this podcast, Lewis walks us through each of those concepts and explains why, as far as he’s concerned, his job hasn’t really changed.”