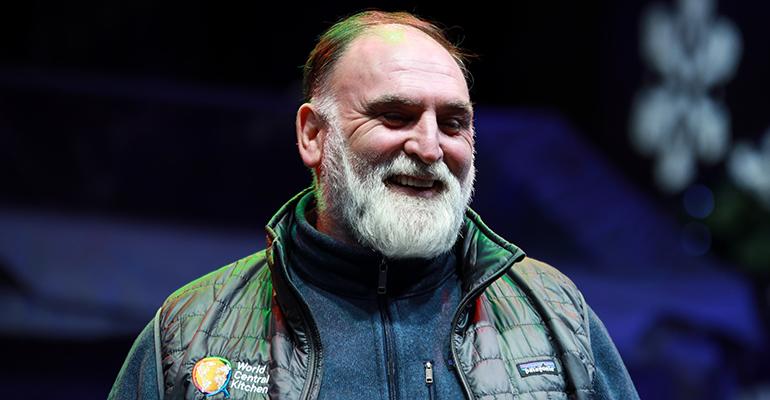 Chef José Andrés’ ThinkFoodGroup has partnered with Gibsons Restaurant Group to open a multiconcept riverfront dining destination in what will be one of Chicago’s tallest office buildings in three decades, the companies said Thursday.

The project includes 17,200-square-feet and will span three floors in the 55-floor building on the Chicago river. The 1.5 million-square-foot tower, under development by The Howard Hughes Corp., is scheduled to open in October and will be the tallest built in Chicago in 30 years, costing and estimated $800 million, according to the Tribune.. 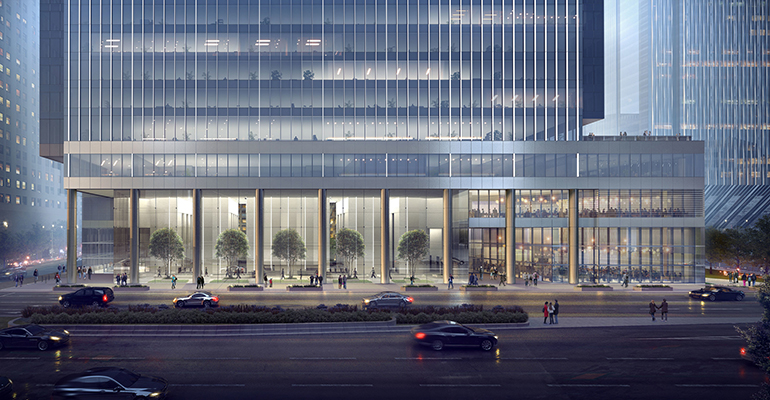 Though no details about the restaurant concepts have been unveiled, there will be a fine-dining restaurant and a cocktail bar, as well as catering for a 10,000-square-foot event space by the restaurant group partners.

The two-time Michelin-starred Washington D.C. chef and humanitarian, Andrés is also scheduled to open a location of his Jaleo concept in 2020, which will be his first full-service Chicago restaurant. A location of his fast-casual Beefsteak concept opened there in 2018.

"The Chicago food scene is one of the best in the world, and we are excited to partner with the Lombardo family and Gibsons group, especially in this great new destination in the heart of the city," said Andrés in a statement. 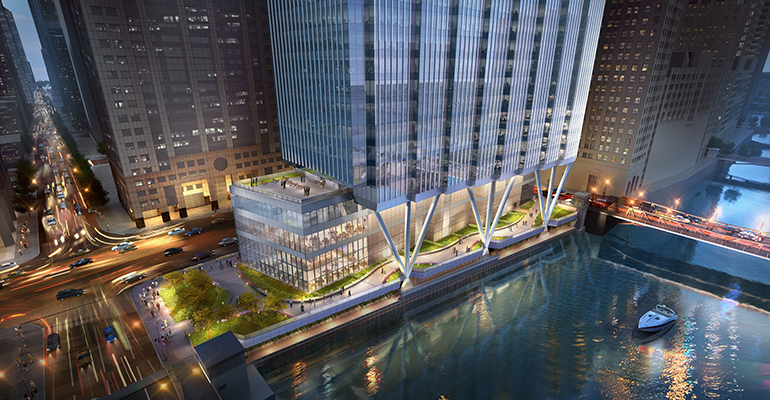 Andrés is known for more than 16 concepts operated by ThinkFoodGroup, including Minibar, Zaytinya, Oyamel and America Eats Tavern. Andrés last year was also nominated for a Nobel Peace Prize for his humanitarian work with World Central Kitchen after Hurricane Maria devastated Puerto Rico.

Steve Lombardo of Gibsons Restaurant Group said in a statement, “The opportunity to partner with Chef José Andrés and ThinkFoodGroup in our home city in a sensational new building on the river is exciting, and we think it’s a natural, complementary partnership that will result in fantastic new dining experiences for Chicagoans.”

Jim McCaffrey, senior vice president of development for the Howard Hughes Corp., added, "Each of the new venues — our restaurants and our 400-person event space — are designed as soaring spaces with river views, floor-to-ceiling windows, operable walls for indoor-outdoor space and connectivity to our boat dock on the Chicago River.”

The restaurants are scheduled to open in early 2021.