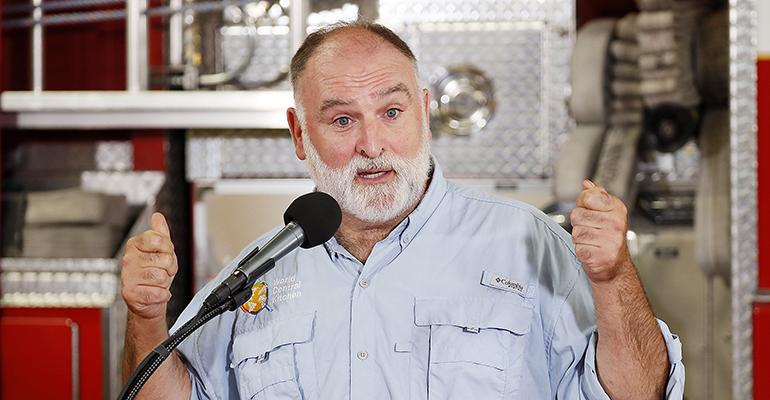 Coming to the Windy City are the signature concept Jaleo, as well as Bazaar Meat and two first-time concepts: a speakeasy and a coffee shop

José Andrés’ ThinkFoodGroup is scheduled to make its Chicago debut this summer in a big way  with four new concepts, beginning with Jaleo in July.

Originally announced in January as part of the “Spanish destination” Andrés is planning in the River North neighborhood, Jaleo will be the first to open, with its menu of tapas, paellas and sangrias. It will be the fifth Jaleo location worldwide, with the sixth scheduled to open in Dubai later this year.

“Chicago is one of the top culinary destinations in the world. I can’t think of a better time to open our doors along the river than summertime in Chicago!” said Andrés in a statement. “My team and I are excited to officially open and join the incredible and diverse food scene in the city.”

In addition, directly below Jaleo there will be a speakeasy concept, set to open later this summer, that has yet to be announced. For ThinkFoodGroup’s first speakeasy, customers can expect, “a diverse variety of experiences unique to the Third Coast,” according to press materials.

Additionally, Bazaar Meat and Bar Mar will open their doors in late 2021, located on the second and first floors in the Bank of America Tower, down the Chicago River from Jaleo.

The second iteration of Bazaar Meat (the first is in Las Vegas), this location will focus specifically on meats in a city that emphasizes it’s love of meat. Bar Mar will offer a dedicated cocktail experience reminiscent of the group’s barmini concept in Washington, D.C., “but with the Bazaar’s signature flair and theatrics,” the company said.

Below Bar Mar, Andrés and his team have opened the brand’s first café concept: Café By The River. The concept is a Spanish take on the traditional American coffee shop.

Bazaar Meat, Bar Mar and Café By the River are a collaboration between ThinkFoodGroup and Chicago’s Gibsons Restaurant Group, which operates the fine-dining Quartino, casual-dining Gibsons, Blue Star Bar, Boathouse and more.