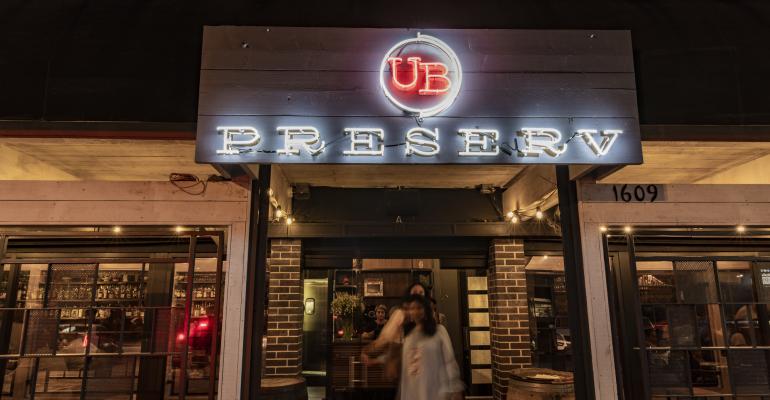 Some restaurants close, others move and owner Chris Shepherd is launching new concepts over the next few months

Before the pandemic, Houston chef and restaurateur Chris Shepherd said he lived in a world of consistently being inconsistent.

One of his first concepts, Underbelly, was a whole-animal restaurant where the menu changed every day, depending on products available. His later restaurant One Fifth was designed to change its concept completely every year for five years.

Now Shepherd is looking for a little more consistency. But not without quite a bit of change first.

His Houston-based restaurant group, Underbelly Hospitality, is closing some concepts, moving others, and opening several new restaurants over the next few months.

Here are the highlights:

The restaurant UB Preserv is scheduled to close in late December. That space will be converted into a bar concept called Everlong Bar & Hideaway (yes, it’s a Foo Fighters reference), scheduled to open in January.

“My life was like, this is your ‘everlong.’ It’s always going to be there. This is for the long haul,” said Shepherd.

The bar will have a small menu and it will feature cocktails from the 1980s and ‘90s. Lucas McKinney, the sous chef now at the group’s Georgia James Tavern in downtown Houston, will move to Everlong as chef.

Meanwhile, UB Preserv chef Nick Wong — who Shepherd described as “one of the most amazing and talented chefs I know” — will move over to Georgia James Tavern to create a menu of his own there. The tavern is a more casual variation on the group’s signature Georgia James concept.

Later in December, the group will launch a new concept at Houston’s historic farmers market:

Underbelly Burger will be a fast-casual burger concept that will showcase the meat of two producers at the farmer’s market. The menu will focus on a popular burger from the group’s restaurant Hay Merchant featuring two patties, two slices of American cheese, shredded lettuce, some “fancy sauce” on a potato roll, and guests can select either wagyu or black Angus beef for the patties.

The 12-seat Underbelly Burger will also offer a fried chicken sandwich and a hot dog featuring a bacon sausage Shepherd created during the pandemic.

Also in the farmers market will be a new concept called Wild Oats, scheduled to open in January, that will focus on the diverse cuisines of Texas. The menu is still being developed, but Shepherd said the goal is to spotlight the multi-ethnic influences across the state and local products and traditions, from the chilis of San Antonio to quail-hunting and chicken fried steak.

The beer bar Hay Merchant, meanwhile, was scheduled to close before the end of 2021. One Fifth is also closing, but, for a while, the group’s signature concept Georgia James — not the tavern — will move temporarily into the space that housed One Fifth. Next year, Georgia James will move to a permanent location in Houston’s Regent Square, a mixed-use residential and retail development.

And next to Georgia James in Regent Square, Shepherd is planning yet another new concept, dubbed Pastore, which means shepherd in Italian.

Pastore will be a classic red sauce joint, with pastas and carbonara, including some of the dishes that were popular during One Fifth’s stint as an Italian restaurant.

It’s a lot of change, but Shepherd said the group remains committed to its core ethos of showcasing local farmers, vendors and products. “I’m not getting away from that. That’s ingrained in the philosophy of this company,” he said.

Shepherd, meanwhile, said he’s stepping out of the kitchen, training chefs and taking time to better understand the business and real estate — and where the group is headed.

“We’re trying all sorts of things,” he said. “Different real estate and places and different concepts — we’ve never done a bar before or a burger thing or a tavern —it’s a lot of learning.”