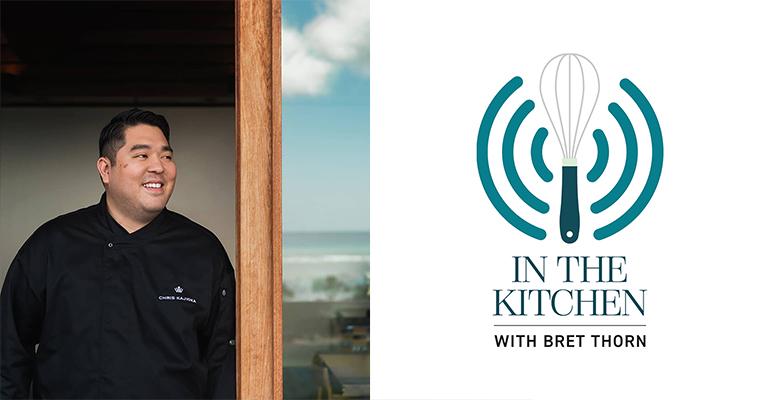 Honolulu chef Chris Kajioka joins Bret Thorn this week on the podcast to discuss his native cuisine and giving back.
People>Chefs

Chris Kajioka was a well-established fine-dining chef in Honolulu before the pandemic hit and was just getting ready to reopen a neighborhood icon, Miro, when everything was shut down.

He sold 1,000 of them in the first day and he knew he had something.

So after Kajioka finally reopened Miro with his friend and business partner Mourad Lahlou, the fine-dining Moroccan chef based in San Francisco, Kajioka opened Papa Kurt’s, a restaurant with humbler food inspired by the old school soda fountains and saimin joints — Hawaii’s version of ramen — that Kajioka grew up with in Honolulu.

“It’s been overwhelmingly busy,” he said. It turns out that delicious, traditional food is what Hawaiian’s are looking for these days, pretty much like everyone else.

Kajioka was trained at The Culinary Institute of America, and besides working for Lahlou, Ron Siegal and other Bay Area chefs, he spent time at Per Se in New York City. As part of that city’s fine-dining scene, he became friends with chef, pastry chef and restaurateur Pichet Ong, who recently joined Kajioka’s team as corporate chef, helping, among other things, with the management of the food at The Restaurant at Hotel Wailea and at the new Westin Maui Hotel & Spa.

In this podcast, Kajioka discusses what he has learned during the pandemic, and his newfound commitment to giving back to the community.