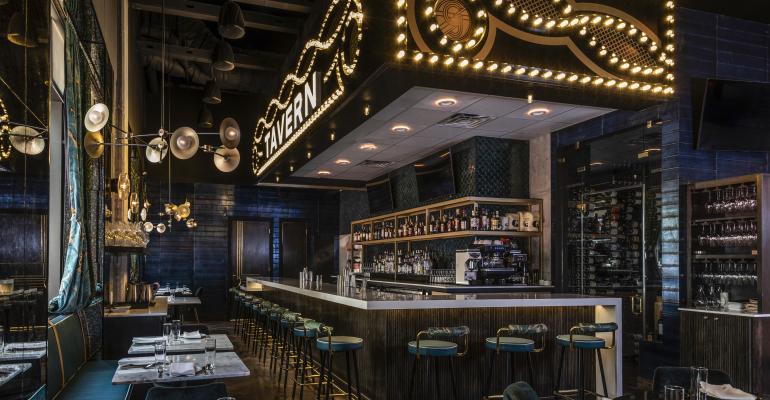 Julie Soefer
GJ Tavern is among the concepts operated by Underbelly Hospitality in Houston.
People>Chefs

Houston-based restaurateur Chris Shepherd this week announced plans to step down from the Underbelly Hospitality group he founded and sell his ownership stake.

Known for concepts like Georgia James, GJ Tavern, Wild Oats and the upcoming Pastore (which means shepherd in Italian), Shepherd has been reworking the group over the past year or so, closing some restaurants and moving others. The group is part of the portfolio of Houston-based MLB Capital Partners.

Shepherd said in a statement he planned to focus on smaller projects, as well as the nonprofit Southern Smoke, which provides support to food-and-beverage professionals who are in crisis. Established in 2017, the organization has distributed more than $9.1 million to folks in need throughout the industry, according to the group’s website.

“Southern Smoke is on a path that myself, Lindsey and the whole team are very proud of, and it’s time to push that even further,” Shepherd said. “We are about to hit $10 million in grants, and we’re expanding the free mental health initiatives into five states within the next few months — we plan to be in all 50 states by 2028.”

Shepherd said Underbelly Hospitality is in great hands with MLB Capital Partners and the team that has been assembled over the past five years.

“I’ve put my heart and soul into these restaurants, and I’m so proud of what we’ve accomplished. I want to thank the entire Underbelly family for always being there, showing up and giving everything, always,” Shepherd said.

In the same statement, Todd Mason, MLB Capital Partners’ managing partner, called Shepherd an incredible talent and expressed gratitude for the chef’s contributions to the group and the industry.

“Our talented team will continue to deliver Underbelly’s signature fare with unmatched technique and hospitality,” Mason said. “Our focus has been and will continue to be the delivery of thoughtful food-and-beverage experiences.”

The group was named for Shepherd’s first restaurant, a whole-animal concept that opened in 2012 and closed in 2018. Shepherd said Underbelly is “no longer a restaurant — it’s a way of life.” All the group’s concepts seek to showcase local farmers, vendors and products.

“Explore your surroundings. Learn about people, where they’re from, and how to dine at the same table,” he said in the statement. “Learn from anyone, regardless of race, religion, ethnicity, age or gender. Understand that everyone has a story to tell. We are always learning. It’s time for me to learn a new chapter.”